The need for developing countries to diversify the portfolio of goods and services they produce has become even more pressing as governments move to act on the promises of the Paris climate agreement, UNCTAD Deptuy Secretary-General Isabelle Durant has told an international meeting in Geneva.

The international climate accord adopted in Paris in December 2015 aims to keep global warming below 2 degrees Celsius, and governments that have committed to this will have to start putting in place measures that reduce their carbon footprint.

Such response measures to global warming could have implications for trade, as governments sanction "dirty" goods and services. For countries relying on sectors in the crosshairs, such as the extractive industries, this could mean a significant blow to the exports keeping their economies afloat.

"Although often seen through the lens of environment and climate, the Conference of the Parties in Paris also has transformative implications for trade," Ms. Durant said at a session of the Ad Hoc Expert Group Meeting on Implementing The Paris Agreement: Response Measures, Economic Diversification and Trade.

"Implementation of the Paris Agreement will alter future trade patterns, with impacts on how trade contributes to economic growth and development, job creation and poverty reduction," she said. 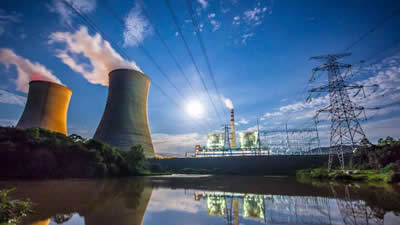 A response measure such as making less internal combustion engines, for example, would significantly hamper oil producers, many of whom are developing countries.

For the two thirds of developing countries still too dependent on commodities exports, mitigating the effects of response measures requires economic diversification, a priority for UNCTAD since its founding in 1964. And in this respect, global value chains may be a piece of the puzzle, Ms. Durant said.

Goods used to be made in one country, but now the production process, from design to assembly to retail, is spread across the globe through what are referred to as value chains. So much so that 60 per cent of global trade now occurs through global value chains, with the figure jumping to 80 per cent for trade in manufactured goods.

Silicon modules, for example, vital to the production of solar panels, may be labelled "Made in the US", but their component parts are sourced from China, Japan, and Europe. Similarly, photovoltaic cells "Made in China" are manufactured with equipment from Germany, Switzerland, and the United States.

For developing country exporters, the growth in trade of semi-finished goods means they no longer have to become experts in all facets of production to compete. To enter the global arena, they only need to be competitive at one piece of a value chain.

Once in, they can harness what they learn through their contact with firms higher up in the chain to take over other parts of production, sales and marketing -- a process called upgrading. And it is through this process of upgrading that developing countries may have their best shot at diversifying exports.

"Now that the Paris Agreement is in place, and as the protectionist pressures mount in various quarters, it is high time to take a look at trade as part of the solution and explore its potential in helping countries, particularly developing ones, diversify their economies and create jobs as they make their transition to the low-carbon future," Ms. Durant said. 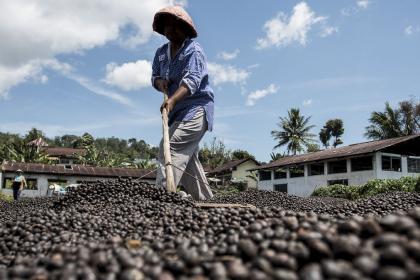