With an oil-propelled GNI per capita ($16,089) six times above the "income-only" graduation threshold ($2,484), Equatorial Guinea is the first LDC to graduate thanks to a rapidly growing national income. Although the possibility of graduating by meeting the income-only graduation criteria was introduced in 2005, no other LDCs met this condition before. Higher levels of GNI per capita often indicate the availability of resources necessary to implement those policies required to improve a country’s human assets and confront existing economic vulnerabilities. Although Equatorial Guinea has not yet met the human assets and the economic vulnerability indicators, progress is clearly noticeable, as illustrated by the 43% fall in the rate of child mortality over the 2000s. 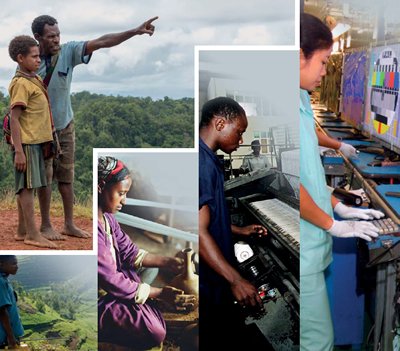 UNCTAD has consistently supported Equatorial Guinea's efforts to achieve structural economic transformation. This is becoming more urgent now as the country's heavy reliance on oil exports (over 90% of total merchandise exports) leaves it highly vulnerable to oil price-related shocks and reserves are expected to be exhausted in a couple of decades. UNCTAD stands ready to keep on supporting Equatorial Guinea to achieve equitable economic and social progress. This will imply a major upgrading of the agricultural sector, diversification of rural activities and channeling the nation's wealth toward greater human resource and infrastructural development.

Vanuatu is next in line for graduation from LDC status, with an exit scheduled for December 2020.