Investment flows to and from the region are expected to hold steady in 2019, as commodity prices and economic conditions in major economies stabilize.

Foreign direct investment (FDI) flows to Latin America and the Caribbean slipped by 6% in 2018, to US$147 billion, failing to maintain momentum after the 2017 increase halted a long slide, according to UNCTAD's World Investment Report 2019.

He noted, however, that the region remained vulnerable to external developments.

Flows to South America were down by 6%, to $101 billion, owing to less investment in Brazil and Colombia.

The challenging economic situation in Brazil and a sharp drop in merger and acquisition (M&A) deals – from record levels in 2017 – dragged down flows to the country by 9%, to $61 billion.

In the rest of South America flows held steady, bar Ecuador where FDI doubled to $1.4 billion driven by a surge of investment in the mining industry.

In Central America flows were stable at $43 billion. 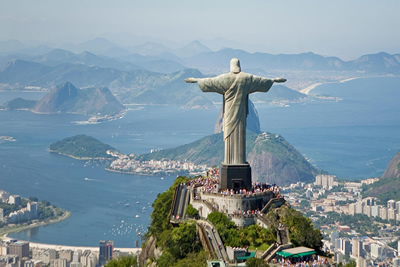 Flows to Panama were up by 21% to $5.5 billion, boosted by record M&A deals and mining projects.

In the Caribbean, excluding offshore financial centres, flows declined by 32%.

The contraction was owed to lower FDI ($2.5 billion) in the Dominican Republic, the largest recipient in the subregion, despite strong economic growth there in 2018.

Flows to Haiti and Jamaica also fell, to $105 million and $775 million, respectively.

Outward investment by Latin American MNEs plunged to a low of $6.5 billion in 2018, as Brazilian foreign affiliates funnelled financial resources back to their parents and investment from Chile crimped.

However, investment from Argentina, Colombia and Mexico increased.

Flows expected to hold steady in 2019

Investment flows to and from the region are expected to hold steady in 2019, as commodity prices and economic conditions in major economies stabilize.

Trade tensions among its main trading partners and a global economic slowdown posed a significant risk to the region’s commodity-driven exports, which could dampen FDI prospects, said Mr. Zhan.

An increasing number of countries in the region are looking to special economic zones (SEZs) to unlock economic development.

There are almost 500 SEZs in the region, hosting more than 10,000 enterprises and employing about 1 million people.

SEZs in Costa Rica, the Dominican Republic and Nicaragua account for more than half of those countries’ exports, while SEZs from Mexico and Colombia, respectively, are responsible for 31 %; and 13 % of their total exports.

In the last five years Argentina, Brazil, Ecuador, El Salvador, Guatemala, Mexico, Paraguay, Peru, and Uruguay have all revised their SEZs strategies to bring them on par with industrial parks and development zones to create employment and foster technological upgrading.

This could result in 20 to 30 new SEZs being established or brought into operation in the next five years. 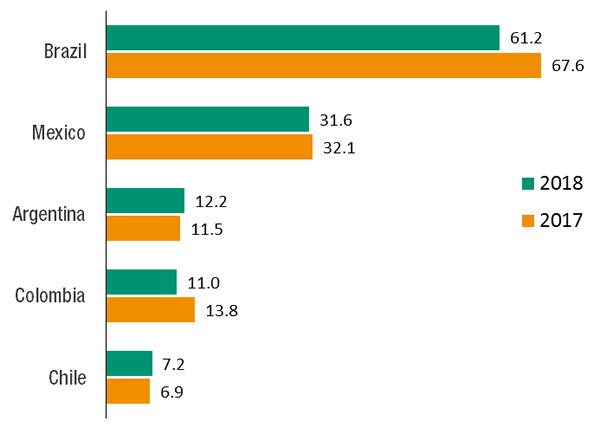