In the current uncertain economic climate, the first G20 Trade and Investment Promotion Summit has sought to tackle uncertainty head-on by enhancing trade and investment promotion strategies and policy advocacy in order to benefit from global value chains, while ensuring sustainable and inclusive development.

The Summit, which took place in Mexico City on 5 and 6 November, brought together trade promotion organizations and investment promotion agencies from 18 members of the G20. 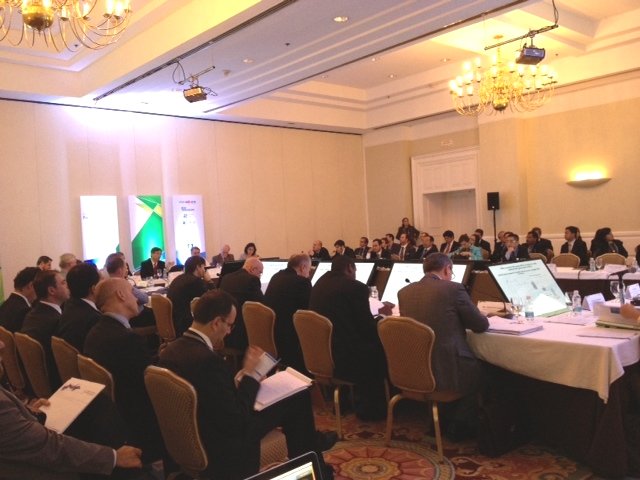 Representatives from UNCTAD, the International Trade Centre (ITC), the Organization for Economic Cooperation and Development, and the World Trade Organization, as well as leading corporate executives (the B20), also actively participated in the event.

The emergence of a new global economic landscape has been characterized by the evolution of global value chains in terms of their scope, scale and depth. At the same time, economic policy has increasingly been shifting towards a more inclusive and sustainable development agenda, which calls for a new generation of strategies and practices in the areas of trade and investment promotion.

The G20 meeting examined some of these emerging trends and challenges, recognizing that trade and investment are inextricably intertwined today through global value chains, and that trade and investment policies need to be coherent and mutually reinforcing. The discussion focused on how promotion agencies can facilitate, in practical terms, their country's access to global value chains, and also on how to maximize the development benefits of international production and trade.

Participants at the meeting focused on the synergies between trade and investment promotion, support for building the supply capacity of small and medium-sized enterprises (SMEs), and SMEs' linkages with global companies. Participants agreed to establish a platform for the regular exchange of experiences and good practices in trade-investment promotion and policy advocacy. They also discussed synergies between the G20 process on the one hand, and ITC's World Export Development Forum and UNCTAD's World Investment Forum on the other.

At the request of the Mexican Presidency, UNCTAD provided substantive backstopping to this G20 process. UNCTAD helped with the conceptualization of the event, prepared an issues paper on global value chains and trade/investment promotion, facilitated discussions by delivering a keynote speech at the opening plenary as well as lead presentations for two of the three round tables, and assisted in formulating the summary outcomes.