Harness hi-tech for sustainable development, but get it right

Frontier technologies are driving the fastest pace of change ever seen. Harnessing their power to achieve sustainable development is critical, but it has to be done right.

The speed of innovation offers huge opportunities for developing countries to skip stages that took other nations years, but it also presents an array of challenges that need to be handled with care, the annual meeting of UNCTAD’s governing body heard today.

“An unprecedented wave of technological progress is sweeping much of the world,” UNCTAD’s Deputy Secretary-General Isabelle Durant told the Trade and Development Board, gathering at the Palais des Nations in Geneva this week.

“Little of existing patterns of trade, work and social and political interaction will be left unchanged by its advance in the form of artificial intelligence, synthetic biology, renewable energy production and storage and others. Change is accelerating and its direction becoming more difficult to predict. This presents challenges for policy-making that are UNCTAD’s function to help address.” 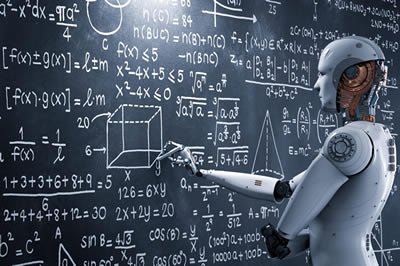 Ms. Durant underscored the findings of UNCTAD’s Technology and Innovation Report 2018, which was released last month.

Frontier technologies today are better, cheaper, faster, more scalable and easier to use than ever before. They are converging through the increasing use of digital platforms to produce new combinatory technologies, accelerating the pace of change across multiple sectors.

UNCTAD has called for a concerted international effort to build technological capabilities and to support all forms of innovation in developing countries. Least developed countries, in particular, should receive international support to build their domestic capabilities and create the enabling environment necessary for frontier technologies to deliver on their promise.

“The principle of leaving no-one behind should drive our commitment to the development and application of frontier technology,” said George Owusu Essegbey, who is the chief research scientist at the Council for Scientific and Industrial Research (CSIR-STEPRI), in the Ghanaian capital Accra.

The challenges of change

At the same time, the spread of new technologies threatens to outpace the ability of societies and policymakers to adapt to the sweeping changes that they generate, creating a need for an international dialogue to develop policy responses to the serious ethical, environmental, economic and social questions that are raised along the way.

We must be optimistic about the potential of digital technologies to create new opportunities, but also realistic about their potential, without the right policies, to aggravate inequalities, said Ms. Durant.

Shamika Sirimanne, head of UNCTAD’s division on technology and logistics, spotlighted the issue of “leapfrogging” – the term to describe the adoption of new technologies while skipping earlier stages, for example by moving straight to mobile telephone and internet use without first having a nationwide fixed-line network in place.

But leapfrogging cannot just happen without the right conditions for information and communication technologies (ICT) to flourish, she underlined.

“ICT should be considered a critical infrastructure –a development priority. While there is a lot of talk about leapfrogging technologies, you need a base from which to jump – a sound national innovation system. Incubators, accelerators and technology parks are the buzz today. But the majority have failed. Success depends on sound policy, financing, and connection to the rest of the economy.”

Shashi Buluswar, chief executive of the Mumbai, India-based Institute for Transformative Technologies, said the role of the private sector was essential.

“The challenge is to find a model to make it attractive for private technology companies to invest in the research and commercialization of breakthrough technologies that can be applied to the work of achieving the Sustainable Development Goals,” he told the meeting.