UNCTAD eTrade for Women advocate taps into digital tools to grow her food business and build a connection between farmers and consumers. 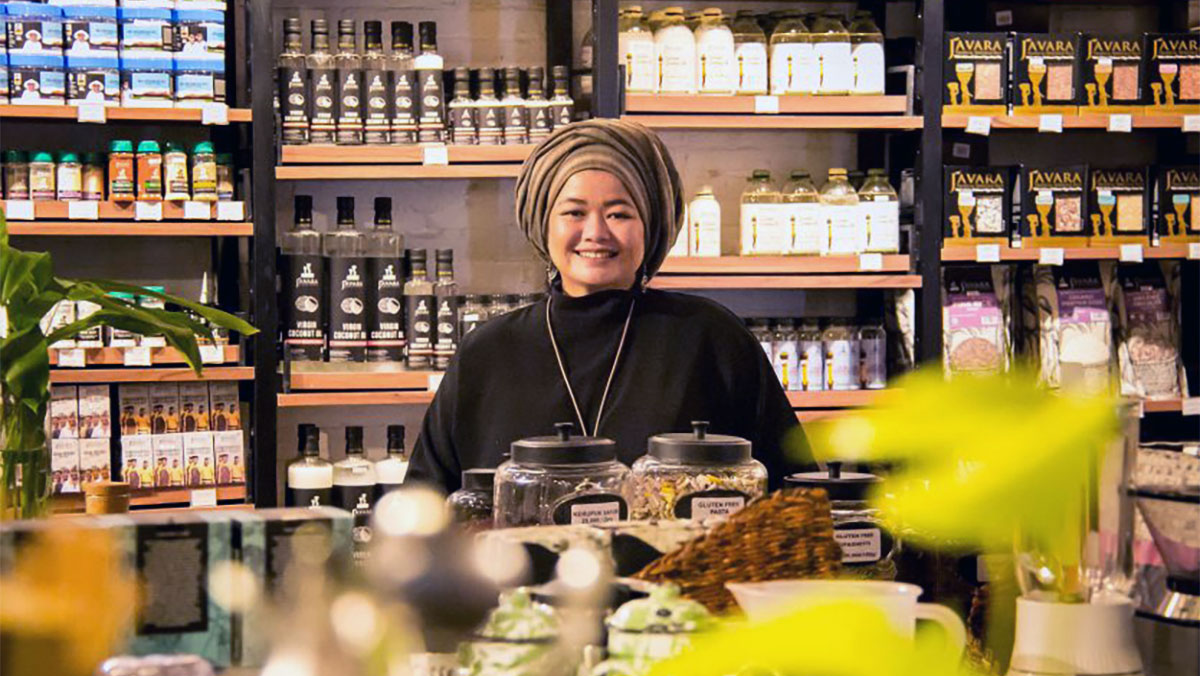 Helianti Hilman pictured inside her Javara food store in Indonesia.

Helianti Hilman has run Javara, an Indonesian-based food marketing company, since 2008. She started with a physical store in the country’s capital, Jakarta, before transforming her business digitally.

“We had to go digital,” Ms. Hilman said on 27 April at a special online session during UNCTAD’s eCommerce Week 2022.

“We realized that we had to do it if we wanted to achieve more in terms of how we partner with farmers and serve our customers.”

With determination, Ms. Hilman embarked on what she called a “rewarding journey” that got off to an uncertain start.

The biggest uncertainty had to do with skills, Ms. Hilman recalled.

Despite being “not at all tech-savvy”, she was willing to learn and adapt, focusing mainly on two areas: enterprise resources management and social media.

“That itself is actually sort of like a payback to the investment that we make to digitize our internal processes,” she said with a smile.

Ms. Hilman also took to social media to promote her products because such “borderless marketing” doesn’t cost much but brings results.

Step by step, Javara’s e-commerce journey took off. In 2021, the business saw a 400% yearly growth through digital channels.

In March 2022, it landed a new contract in Latin America through social media marketing, expanding its reach to customers in over 20 countries across five continents.

A big believer in branding, Ms. Hilman turned to digital tools to address one of the key problems that faced her suppliers – the hundreds of thousands of Indonesian farmers went unnamed and unrecognized for a long time.

She used digital marketing to help build a connection between the farmers and consumers.

Ms. Hilman has been teaching her suppliers to use mobile phones to take photos and videos as they produce their products, catering to the needs of the mindful consumers keen to know the origins of their food.

With social media, Ms. Hilman even turned some her partner farmers into local celebrities, as public recognition of what they do and how hard they work grew.

“This is a game changer. It’s not really about e-commerce itself. It’s about putting a name, dignity, pride and recognition to their (farmers’) existence.”

In 2021, Ms. Hilman became involved with UNCTAD’s eTrade for Women initiative, which is funded by Germany, the Netherlands, Sweden and Switzerland, and is dedicated to supporting women entrepreneurs in developing countries.

As an advocate for the initiative, she interacts with fellow advocates, strengthening her drive “to go further and faster” as a woman trader.

She says it means a lot for her to be able to inspire other women entrepreneurs with her digital transformation experience.

Although she doesn’t have a technology background, she exemplifies how a traditional business can successfully go digital. And she wants others to think that “if they can do it, we can do it too.”