Foreign direct investment (FDI) flows to structurally weak and vulnerable economies continued to account for 3% of the global total, according to UNCTAD’s World Investment Report 2019.

“The recovery in investment to structurally weak countries is heartening, especially since these countries escaped the general global downturn in flows,” UNCTAD Secretary-General Mukhisa Kituyi said.

“However, if we are to maintain fidelity to the Sustainable Development Goals, especially those that seek to end poverty and reduce inequality, we need more robust FDI flows to these economies,” he cautioned.

Flows to the 47 least developed countries (LDCs) recovered from their 2017 fall, back to US$24 billion, the average for the past decade. 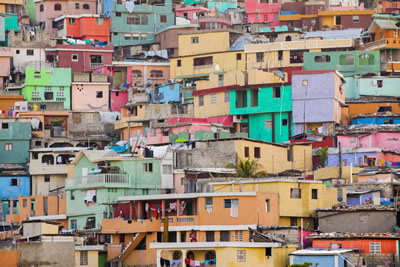 FDI to LDCs remain concentrated in larger FDI recipients and limited to a few sectors.

In transition-economy and most Asian LLDCs, the decline was modest, while Latin American LLDCs experienced a more pronounced downturn.

Flows to LLDCs remained concentrated in a few economies, with the top five recipients (Kazakhstan, Ethiopia, Mongolia, Turkmenistan and Azerbaijan) accounting for 56% of total FDI to the group.

Chinese MNEs are increasingly active sources of investment and are present in practically all LLDCs.

Prospects for FDI vary according to LLDCs’ level of development and industrialization, with the fastest growth expected in those with more potential for economic diversification, such as Ethiopia and the Lao People’s Democratic Republic.

FDI flows to the 28 small island developing states (SIDS) slipped for a second year to $3.7 billion, with an 11% contraction in the Caribbean SIDS.

FDI in Asian and Oceanian SIDS stagnated at $1 billion.

Flows to the three largest recipient economies (Bahamas, Jamaica and Maldives) accounted for more than 60% of the group total.

FDI flows into SIDS will remain fragile and dependent on a few capital-intensive projects.

The trends in announced greenfield projects suggest further concentration of FDI in a narrow range of industries in the services sector (e.g. business activities, hotels and restaurants). 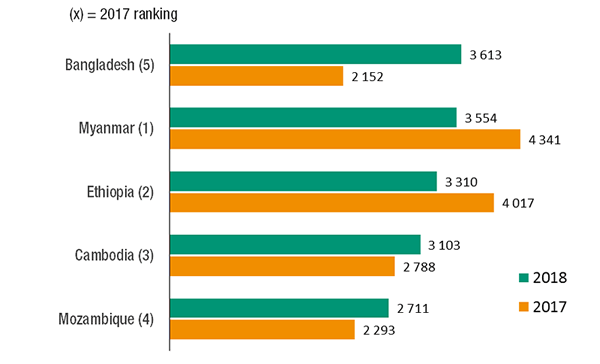 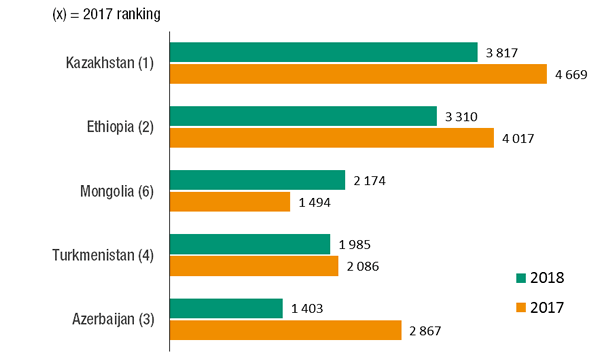 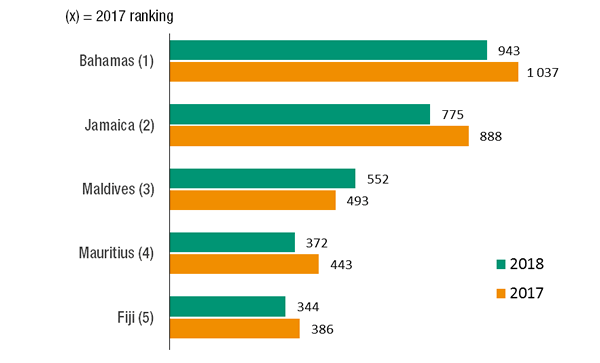