Kyrgyzstan could create more jobs and reduce youth migration by attracting more investment into its agriculture, textiles, and tourism sectors, but investors will be looking for more stability, says UNCTAD's investment policy review of the country, presented on Tuesday. 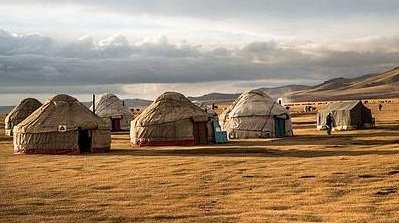 Once part of the Soviet Union, the small, landlocked, and largely mountainous country sped through market reforms after 1991. But investors’ confidence in the economy was challenged following political unrest in 2005 and 2010 and a more difficult investment climate.

"Kyrgyzstan’s legal framework for foreign direct investment (FDI) is in line with good international practice, but investors don't just look at the law, they look at how well it's enforced," said James Zhan, Director of UNCTAD’s Division on Investment and Enterprise, speaking ahead of the presentation of UNCTAD's investment policy review for Kyrgyzstan.

FDI has jumped in the mining sector -- which depends heavily on one, single gold mine -- from less than $50 million in 2005 to some $600 million in 2011. But in other sectors FDI has struggled to pass $200 million per year, sometimes dipping below $100 million.

Meanwhile, increased mining investments have not generated enough jobs to slow the growth of unemployment among its 5.8 million population. Known for its nomadic traditions and culture, Kyrgyzstan has seen its skilled workers increasingly migrate in search of work. In 2014, remittances accounted for 30% of the country's gross domestic product.

Kyrgyzstan -- which shares borders with China, Kazakhstan, Tajikistan, and Uzbekistan -- has strong potential for agribusiness, textiles and tourism, the report says. Its comparative advantages include the low costs of labour and electricity, mild weather, good pasture, pristine mountain landscapes, and access to large markets in the Russian Federation and Kazakhstan.

“Our legislation is open to FDI and our tax regime is competitive, but we need further reforms to improve the business climate”, said Eldar Abakirov, Deputy Minister, Ministry of Economy of Kyrgyzstan, commenting on the report.

“We know that we have good capacity and potential,” he said.

The report calls for more investment into infrastructure, noting that roads are in severe need of maintenance and that electrical grids are unreliable.

UNCTAD has supported developing countries and economies in transition with a total of 45 investment policy reviews, and provided technical support with implementing recommendations. Studies show the reviews have helped countries to attract and benefit from FDI and improve the business climate.