The Ministry of Agriculture and Forestry, organic farmers and enterprises in Laos have called for the Lao Organic Agriculture Forum to continue beyond 2016, when aid from the United Nations comes to an end.

Organic farmers in Laos successfully produce and export coffee, tea, silks, and even the grubs of flies that are used for animal feed, but the challenge will be to grow this sector, an UNCTAD official said on the sidelines of the 5th Lao Organic Agriculture Forum (LOAF).

Hot topics at the LOAF meetings, which are organized jointly by UNCTAD, the Lao government and the Japanese development agency every year, have included traceability, standards, and certification - all processes to help establish the organic credibility of Lao's agricultural goods.

"Laos has a number of natural advantages with regards to clean agricultural production, such as pristine soil, water and environment, but their greatest challenge is how to sustain what they have and further develop from there," says UNCTAD Economic Affairs Officer Henrique Pacini.

"Continuing to develop agriculture in Laos is crucial, as this sector brings great benefits for society and can alleviate poverty," he said.

UNCTAD is supporting the Lao People's Democratic Republic with marketing for domestic and export markets. This year's LOAF meeting was the fifth since 2012. Donor funding for the forum is due to end in 2016, but the Lao government says it may help continue to finance the forum, which has helped agriculture in the south east Asian country.

Mai Savanh Lao - meaning "silk from paradise" - is a private company, based in Vientiane, for example, which processes, designs, markets and distributes "fair trade" luxury silks and mulberry tea. Exported worldwide, these products benefit some of the country's poorest weavers and farmers. Its producer network counts around 200 members, many of them women.

Organic agriculture may have knock-on benefits for tourism because tourists like to visit the organic farms and workshops. They like to buy the products too.

Global demand for organic products is growing. And this offers good opportunities for developing countries which can compete very effectively thanks to abundant labour and the use of less agrochemicals. UNCTAD supports projects and research that promote organic farming and ease access to overseas markets. 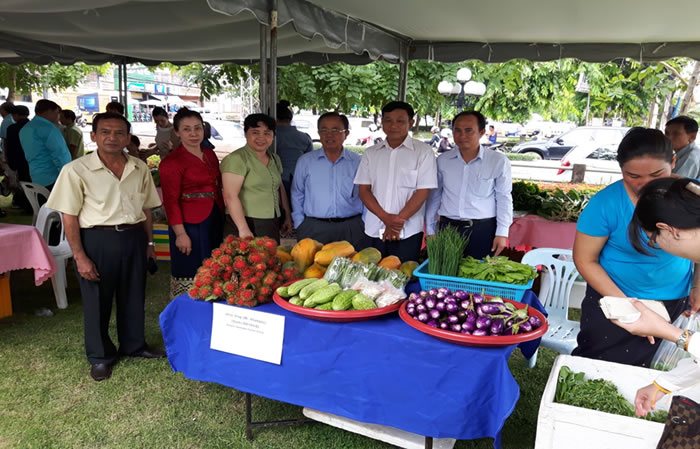