The minerals and metals mining sector must do a better job at making a positive impact on local economies.

Around the world local communities worry that mining projects will contaminate their environment and disrupt their social fabric and livelihood, without bringing lasting benefits.

On 27 October 2015, UNCTAD and representatives from governments, the mining industry and civil society gathered in Geneva for the annual general meeting of the International Forum on Mining, Minerals, Metals and Sustainable Development (IGF).

Taking place in the context of global decision-making on sustainability and climate change, through the adoption of Sustainable Development Goals and the global climate conference in Paris, one of the objectives of the IGF is to foster dialogue between all the stakeholders in mining projects, so as to avoid such clashes between mining companies, governments and local communities. 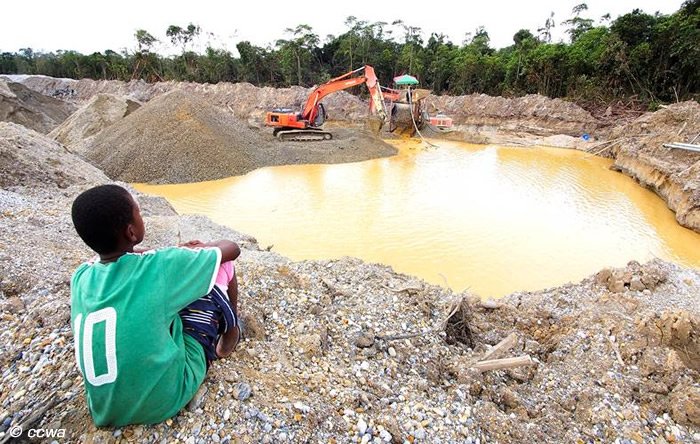 The Head of UNCTAD's Special Unit on Commodities, Samuel Gayi, underscored the importance of the forum as a multistakeholder gathering.

Mr. Gayi pointed out that many of the issues discussed at the meeting, which went beyond environmental considerations to include the effects of mining on local communities, were "taboo" a decade ago, dividing opinions between, on one side, transnational corporations and developed countries and, on the other side, civil society and host countries, usually developing countries.

"The fact that we can debate these today in a congenial environment attests to the significant progress we have made in bringing all parties to the table to have a good understanding of these complex issues, and which policy instruments best address them", he said.

UNCTAD has a long history of research, analytical work and policy initiatives in the area of mining and sustainable development. Its view, reiterated during the meeting, is that mining has the potential to contribute to the development of resource-rich countries, many of which are among the poorest in the world. But the key word is potential.

Mr. Gayi highlighted that UNCTAD's work showed that too often "mining has generated only very limited benefits in terms of sustainable development and poverty reduction". More important, in some countries mining activities have aggravated many of the problems the Sustainable Development Goals aim to solve, such as pollution and social and economic inequality.

A particular focus of UNCTAD's work has been on the sector's contribution to creating jobs and supporting other sectors of the economy. It has found that in many developing countries the mining sector remains an economic enclave, with limited positive spillover effects.

The positive impact of mining on the local economy would improve if the sector did a better job of supporting ancillary industries and activities around the mine, UNCTAD said. Procuring locally the goods and services the mining projects require would support business opportunities and jobs that have a better chance of outliving the projects.

UNCTAD also stressed that governments need to put in place policies and programmes that strengthen the education and skills of the local labour force, increase access to financing for small- and medium enterprises and improve the basic infrastructure of the areas surrounding the mines. And resource-rich countries should focus more on developing their capabilities to add value to their natural resources.

The IGF was born out of the 2002 World Summit on Sustainable Development, when 53 governments with an interest in the mining sector launched the forum to promote sustainable mining practices and productive dialogue between all stakeholders.

UNCTAD hosted IGF preparatory meetings in 2003 and 2004, and has since hosted the IGF annual general meetings in coordination with the IGF secretariat, currently run from the International Institute of Sustainable Development.