Some recent free trade agreements are raising the profile of women's empowerment, a new UNCTAD policy brief says, but while chapters on trade and gender are a step in the right direction they remain a light component in such deals.

The prevailing thought for decades has been that free trade would bring equal opportunity to all. But with women still accounting for 70% of those living in extreme poverty, that stance has come under increased scrutiny.

"The assumption was that trade policy was gender neutral," says Simonetta Zarrilli, who steers UNCTAD's work on gender. "But research has shown that trade affects women and men differently, since they play different roles in society and in the economy."

For example, policies aimed at increasing exports in labour-intensive sectors, such as textiles and clothing, shoes, toys and other light manufacturing, have provided employment opportunities for women but have often created new patterns of inequality, as women are assigned to the less-skilled, lower-paid jobs. 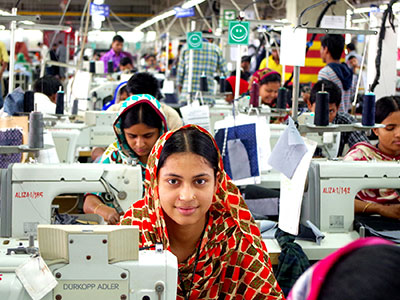 The way that trade agreements take gender on board has evolved, according to the policy brief, The New Way of Addressing Gender Equality Issues in Trade Agreements: Is It a Revolution?

"In the past, reference to such issues was mainly included in the preambles of agreements or addressed as cross-cutting issues," the policy brief says, citing the example of the 2000 partnership agreement between the European Union and the African, Caribbean and Pacific Group of States.

But in more recent trade agreements, such as the one Chile and Uruguay signed in 2016, "Gender equality issues are addressed in specific chapters, significantly shifting the visibility of such issues within trade instruments," the policy brief says.

Although the shift in how some countries are addressing gender issues in free trade agreements should not be overlooked -- it may also have implications for the upcoming World Trade Organization summit in Buenos Aires -- the policy brief says that, for now, the gender chapters remain "a light component".

For the best results, the chapters should be combined with an "ex ante" assessment of how women might be affected before introducing the new trade measures.

"Such assessments may lead to the rethinking of planned trade reforms or may indicate the necessity of accompanying measures," the policy brief says, adding that UNCTAD's Trade and Gender Toolbox provides policymakers with a methodology to conduct these "ex ante gender-related assessments".

Developed with the support of the Swedish government, the UNCTAD Trade and Gender Toolbox was recently used to assess how the possible trade deal between the European Union and the East African Community could affect female employment in manufacturing and agriculture in Kenya.