The committees are bringing public and private sectors together to ease trade in essential goods to combat the pandemic.

Trade facilitation reforms are at the heart of countries’ responses to the economic slowdown, disruptions to global supply chains and shutdown of businesses due to COVID-19.

More than ever, countries have recognized the need to implement reforms to ease the flow of critical goods and services, such as medical supplies and key agricultural products, across borders, while managing the pandemic’s economic consequences.

“National trade facilitation committees are the right platform to bring together public and private sectors not only to address current bottlenecks to trade caused by the pandemic, but also to prepare for recovery,” said Shamika N. Sirimanne, UNCTAD’s director of technology and logistics.

In the wake of the coronavirus pandemic, some NTFCs have coordinated the establishment of trade information portals to ease trade by simplifying and explaining procedures and processes as well as COVID-19 emergency measures. 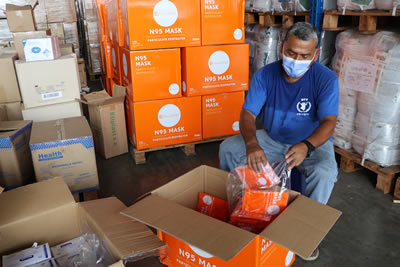 In countries such as Rwanda and Uganda, they have coordinated the dissemination of information on procedures for importing and exporting vital medical and pharmaceutical products.

Besides, they have worked with local authorities to expedite customs clearance and release of goods essential to combatting the spread of the pandemic, such as masks, gels and disinfectants.

UNCTAD’s latest study on NTFCs expands on two previous ones conducted in 2015 and 2017, utilizing information from 52 countries with which the organization has partnered on trade facilitation measures over the years.

It spotlights how the committees are evolving fast to meet current challenges. The study reveals 12 major trends in the evolution of NTFCs around the world.

It shows how NTFCs evolve in aspects such as mandate, scope, institutional framework and composition, while adapting to new emerging needs.

By knowing these trends, the committees can be improved to cater to emerging needs and preemptively address obstacles to their work.

The study underlines the need for countries to consider NTFCs as permanent platforms that coordinate national trade efforts not just for the implementation of the Trade Facilitation Agreement (TFA) of the World Trade Organization (WTO), but also trade facilitation reforms beyond it.

“NTFCs’ mandate and scope of action need to be broader and adaptable to current needs of the country,” the study notes. Only then can the committees lead trade facilitation efforts in response to crises such as the COVID-19 pandemic.

NTFCs play an important role in the simplification of foreign trade procedures and in keeping costs of trade to a minimum.

They coordinate trade facilitation reforms by opening and guiding discussions between public and private stakeholders, enabling swift and actionable responses to emerging challenges.

NTFCs have long existed in various forms, but they have only started gaining traction in leading trade facilitation efforts in recent years.

In 2004, WTO commenced negotiations on trade facilitation, which concluded a decade later, resulting in the TFA.

When the TFA entered into force in 2017, signatory countries were required to establish and maintain an NTFC or an existing mechanism.

However, throughout the negotiations to date, institutional setup challenges have emerged in many countries, raising the need to further strengthen the NTFCs. 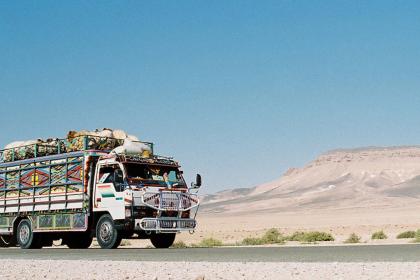