UNCTAD and other UN bodies present new work on tracking the billions stolen from the continent each year through tax avoidance and such illegal activities as drug trafficking.

UNCTAD, the United Nations Economic Commission for Africa (UNECA) and the UN Office on Drugs and Crime (UNODC) presented on 8 March their new project to improve statistics on the money Africa loses through illicit financial flows, a catch-all term for tax evasion, capital flight, trade mispricing, drug trafficking, money laundering and other maneuvers that rob the continent of billions each year.

The project was presented at a side-event organized with the governments of Nigeria and Norway during the forty-ninth session of the UN Statistical Commission, convening in New York from 6 to 9 March under the theme "Better Data, Better Lives".

The money drained out of Africa through illicit financial flows has become a matter of major concern because of the scale and negative effects on social and economic development on the continent, where the majority of the world's least developed countries are located. 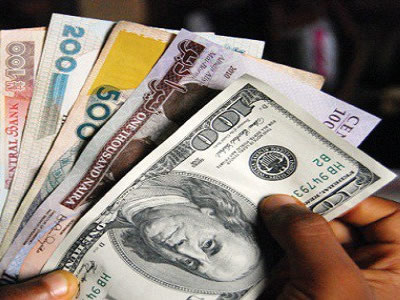 UN estimates put the annual loss at around $50 billion. To put this amount in perspective, it's roughly double the official development assistance that Africa receives.

Yet the estimate may well fall short of reality because accurate data doesn't exist for all transactions and for all African countries.

Angela Me, chief of UNODC's research and trend analysis branch, provided details on the project's context, noting that UNODC and UNCTAD are the joint custodians of the indicator for the Sustainable Development Goal (SDG) dealing with illicit financial flows.

Within SDG 16, Target 16.4 aims to "significantly reduce illicit financial and arms flows, strengthen the recovery and return of stolen assets and combat all forms of organized crime" by 2030. One of the indicators to measure success, Indicator 14.6.1, is the "total value of inward and outward illicit financial flows (in current United States dollars)".

Enrico Bisogno, chief of UNODC's data development and dissemination section, explained the the differences between illicit and illegal flows and outlined some of the statistical challenges. Steve MacFeely, head of UNCTAD's statistics and information branch, described the project's broad objectives and key components, the respective institutional roles, and spoke further about the anticipated challenges.

Yemi Kale, statistician-general for Nigeria's National Bureau of Statistics, added to the discussion by presenting some of the work they've done to measure illicit financial flows out of Africa's largest economy.

The session, chaired by Norwegian Ambassador Tore Hattrem, was closed by his Nigerian counterpart, Tijjani Muhammad-Bande, who stressed the importance of this work for countries all over the world.