The occupied Palestinian territory: A case of an imposed resource gap

Since 1967, the occupation by Israel of the Occupied Palestinian Territory, including East Jerusalem, has distorted the Palestinian economy. A new UNCTAD study says that the impact of Israeli security, military, political and economic measures in the region have created a huge resource gap. As a result, domestic production is far lower than domestic consumption and investment.

The study, The Occupied Palestinian Territory: Twin-Deficits or an Imposed Resource Gap?, maintains that this gap manifests itself in three macroeconomic imbalances: a trade deficit, a government budget deficit and a national investment-saving deficit.

During the period 2010-2014, the average budget deficit in the Occupied Palestinian Territory as a ratio of gross domestic product was 8 per cent, compared to a 40 per cent trade deficit and 33 per cent investment-saving deficit. Yet the budget deficit, the smallest of the three, received far more policy attention from the donor community and international financial and development institutions.

The new UNCTAD study argues that the budget and trade deficits, now permanent features of the Palestinian economy, are both symptoms of a deeper problem rooted in a damaged economic structure imposed by occupation. 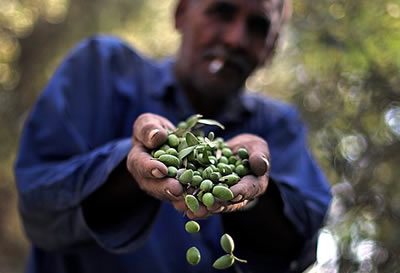 According to the study, there are many constraints imposed by the occupation on the capacity of Palestinian firms to pursue viable employment-intensive investment in the domestic manufacturing and agriculture sectors. These constraints result in a resource gap that cultivates dependence on aid and forces Palestinian workers to seek employment in Israel.

There have been many previous reports and academic studies on the topic. Often, however, they emphasize fiscal deficit as the main challenge facing the Palestinian economy. This approach focuses on the "twin deficits" hypothesis, which argues that a budget deficit usually drives the trade (current account) deficit.

What is new about this UNCTAD study, however, is that it casts doubts on the twin deficits hypothesis in the Palestinian case, and demonstrates that at no time during the period 1968-2014 did the Palestinian trade deficit respond to, nor was it caused by, changes in the budget deficit.

The study concludes that the extremely restrictive measures imposed by the Israeli occupation, misdiagnosis of the macroeconomic disequilibria and pursuit of policies that seek a reduction in the budget deficit as a key target can only result in higher unemployment, without necessarily making a dent in the trade deficit of the Occupied Palestinian Territory.

The study therefore proposes a new approach to alleviating this challenge and suggests that a two-pronged strategy of reform and growth will help to bridge the resource gap by reviving the agricultural and manufacturing sectors. This revival requires a removal of the deep-seated barriers to development hindering all activities of production and trade as well as stemming the leakage of Palestinian fiscal resources to Israel.

The study also proposes a rebuilding of Palestinian productive sectors as well as institutional and physical infrastructure in key areas such as land, water, human capital, legal frameworks and trade in agricultural inputs and outputs.

For the transformation of the manufacturing sector, the UNCTAD study suggests a sequential strategy whereby an initial stage of import-substitution industrialization can be followed by export promotion.

To foster independent technological learning capacity, the study proposes a national strategy of technological development. The establishment of domestic scientific capabilities will increase the understanding, processing, adopting and adapting of imported technology and technological knowledge.

The study stresses that the occupation makes it extremely difficult for the Palestinian economy and policymakers to bridge the resource gap. Therefore, the international community should assume its responsibility and obligations towards the Palestinian people by extending sufficient financial support and backing the efforts of Palestinian policymakers to expand the economic policy space that has been severely restricted by occupation.

The Palestinian National Authority should also maximize the use of the available resources and policy space to pursue national development objectives and build a dynamic economy to underpin the sovereign, independent and contiguous Palestinian State of the future as called for by numerous United Nations resolutions.