Milestone places Peru at the same level as most countries in South America in terms of comprehensive competition legal frameworks.

The Peruvian congress adopted a law on merger control to complement its competition law to combat anticompetitive practices on 2 May, after 20 years of debate.

UNCTAD supported Peru to put the law in place, granting the country’s competition and consumer protection authority, INDECOPI, the power to control mergers that shape the structure of markets.

“This milestone places Peru at the same level as most countries in Latin America in terms of competition legal frameworks. It will help the country to improve its economy,” said Teresa Moreira, head of UNCTAD’s competition and consumer policies branch.

UNCTAD's cooperation with Peru on improving the country’s business environment began in 2010 with the organization of an international seminar to raise awareness on the benefits of establishing a merger control system. 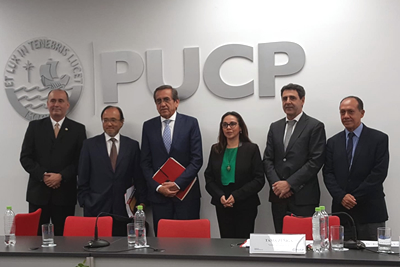 Initially, various media outlets and economic groups were opposed to the regulation because they considered it invasive and against the interests of the country.

In 2016, UNCTAD provided technical assistance to Peru and conducted awareness-raising activities for various economic sectors and political groups of the country's congress, led by a congressman who then launched a new draft law to build consensus on this issue.

UNCTAD actively participated in the debates organized in the Peruvian parliament, advised parliamentarians on the drafting of the law and produced opinions highlighting the importance of the legislation, based on UNCTAD’s Model law on Competition and related international best practices.

UNCTAD’s work, which was instrumental in the three-year process, has been publicly recognized by congressmen and Peru’s national experts on competition and extensively covered by the country’s national media.

From 7 to 10 May, UNCTAD organized merger control advocacy events, including with a roundtable discussion at INDECOPI, the competition authority, and another one during a conference at the Pontificia Universidad Catolica of Peru, in which experts from all sectors of the economy participated.

From 8 to 10 May UNCTAD, in collaboration with the Academy of the Magistracy of Peru, organized a training workshop for Latin American judges to discuss merger control, benefitting from the experience of advanced jurisdictions such as Spain and the European Union.