Preparing for a career as an Official Statistician

​Steve MacFeely, Head of Statistics at UNCTAD, presented a paper on the challenges of teaching data science in a way that prepares students for the real world of official statistics at the International Statistics Institute World Congress, in Kuala Lumpur, Malaysia.

In his talk, Mr. MacFeely noted that “official statistics is a discipline of its own” and that “while it requires the same core skills as most other statistical professions, it also requires other dimensions or elements unique to official statistics”.

“Being a competent statistician means being able to work with real, often messy or incomplete data” Mr. MacFeely said, before going on say that most formal statistical and data scientist training has not equipped students very well for the complexities of the real world.

Mr. MacFeely, presenting a new skills and competency framework, also argued that while developing is essential, we must give more thought to nurturing a set of necessary competencies, saying “statisticians must be creative, curious, critical, sceptical and resourceful if they are to be useful.” 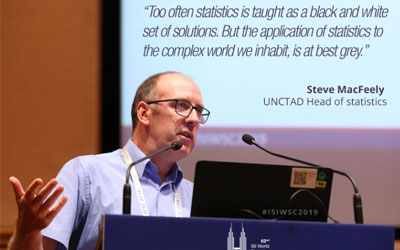 “Introducing students to the fascinating world of official statistics in university, would allow them to better understand how statistics can play an integral role in public policy and the important role they could play in shaping the way we think about our world” he concluded. 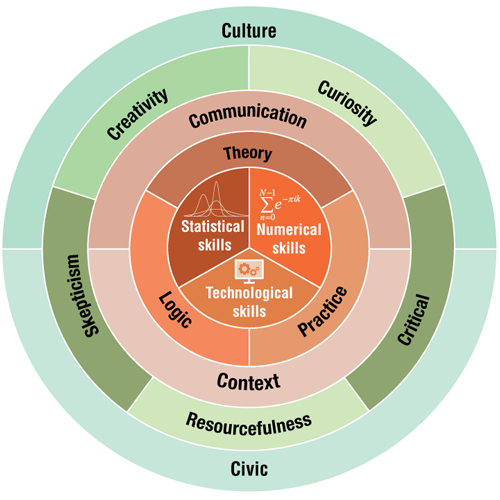