Putting trade at the heart of poverty-reduction policies in Africa

A regional workshop on mainstreaming trade into national policies aimed at reducing poverty in least developed countries (LDCs), was organized by UNCTAD in Maseru, Lesotho on 31 March-1 April 2015.

The workshop was part of a project that UNCTAD's Division for Africa, Least Developed Countries and Special Programmes (ALDC) is implementing jointly with the Division on International Trade, Services and Commodities (DITC) to assist LDCs to better coordinate their trade policies and benefit from trade.

The workshop reviewed the national studies of the three pilot countries in Africa to arrive at a clear understanding of the mainstreaming trade measures into national policies, and the constraints facing the countries in their efforts to make trade an engine of growth and poverty reduction.

At the end of the workshop, recommendations on possible strategies and options to address these challenges were identified.

Building productive capacities was identified as a critical element for the effective mainstreaming of trade policies into poverty-reduction measures, and in this context the key role of the Enhanced Integrated Framework (EIF) in supporting the trade mainstreaming process was emphasized. The EIF is a multi-donor programme, which assists LDCs in their efforts to play a more active role in the global trading system.

At the workshop representatives of the UNDP, the United Nations Department of Economic and Social Affairs and the EIF Secretariat briefed participants on the activities they undertake in support of LDCs. 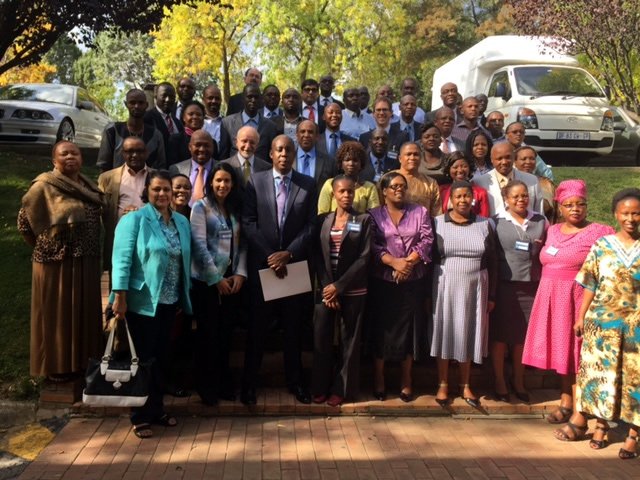 "Successful mainstreaming requires leadership, clarity of responsibility, a vision and political will to implement policies as planned," Geremew Ayalew, Director General of the Trade Relation and Negotiation Directorate of the Ministry of Trade and Industry of Ethiopia, said.

The project focuses on six pilot countries, three from Africa (Ethiopia, Lesotho and Senegal), and three from the Asia-Pacific region (the Lao Peoples' Democratic Republic, Kiribati and Myanmar). Ultimately it will form the basis of a manual that will guide LDCs that wish to place trade policy at the heart of their national development strategies.