The former vice president of Costa Rica is the first woman and Central American to serve as UNCTAD’s secretary-general. 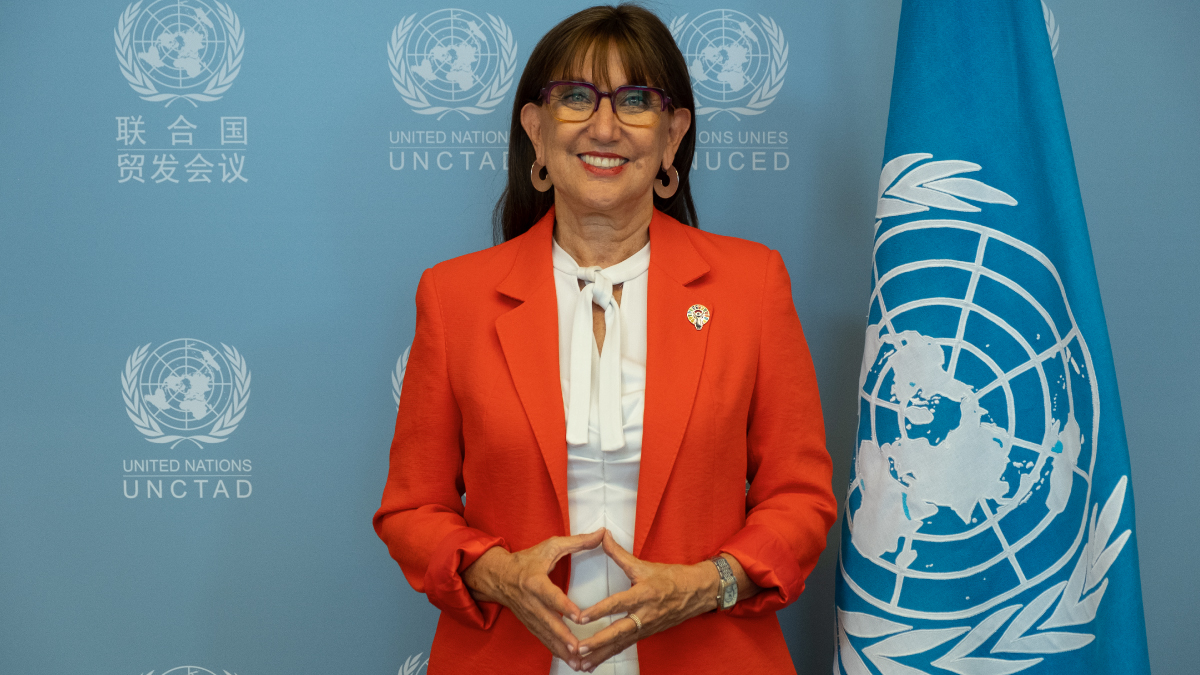 Costa Rican economist Rebeca Grynspan took up her new role as secretary-general of UNCTAD on 13 September for a four-year term.

Ms. Grynspan, the first woman to serve as UNCTAD’s secretary-general, was nominated for the post by UN Secretary-General António Guterres and approved by the General Assembly in June.

“I am honoured to begin work at UNCTAD at a critical time for our world,” Ms. Grynspan said. “COVID-19 has exposed the widespread inequalities and vulnerabilities of the world and the development model. As we recover from the pandemic, we have an opportunity to rebalance the global economy, boost resilience and ensure shared prosperity.”

“We must take action today to transform trade and reshape our global economy to overcome barriers to greater prosperity for all and embark on a sustainable development path that will benefit everyone.”

Ms. Grynspan said UNCTAD’s 15th quadrennial conference, slated for 3 to 7 October, will be an important opportunity for countries to make bold decisions to address the massive unmet trade, finance, investment and technology needs of developing countries struggling to meet both the COVID-19 economic fallout and sustainable development challenges.

Ms. Grynspan has had a career spanning many years and has held several high-level positions.

Prior to her UNCTAD appointment, she was the Ibero-American secretary-general. Also there she was the first woman to lead the organization.

She’s also a former under secretary-general of the UN and associate administrator of the UN Development Programme (UNDP), and a former regional director for Latin America and the Caribbean for the organization.

Prior to joining the UN, she served as vice president of Costa Rica from 1994 to 1998. She was also minister of housing, minister coordinator of economic and social affairs and deputy finance minister.

In addition, she was a member of the High-Level Panel on Financing for Development.