Reshaping the Investment Regime in the Era of Sustainable Development

States' recent steps to reform the international investment regime, aligning it with today's sustainable development imperative, were at the centre of discussion at a Conference, co-organized by UNCTAD and CCSI, in New York on 10-11 November 2015.

The United Nations Sustainable Development Goals (SDGs) adopted in September 2015 point to the fundamental role of public and private capital in achieving those goals. The July 2015 Addis Ababa Action Agenda on Financing for Development (FfD) emphasizes the need for governments to effectively catalyse and harness investment for inclusive and sustainable growth, and development.

UNCTAD offers two policy instruments that can help mobilise investment and channel it into areas essential for achieving the SDGs. UNCTAD's Investment Policy Framework for Sustainable Development (UNCTAD's Policy Framework), published in as early as 2012 and updated in 2015, provides guidance for the design of sustainable-development-friendly investment policies. UNCTAD's World Investment Report 2015: Reforming International Investment Governance (WIR 2015) offers a menu of options and a roadmap for the reform of international investment governance.

In light of the SDGs and FfD developments, and the implications they have for domestic and international policy, the New York Conference focused on the role that international investment agreements (IIAs) can and should play in international economic governance now and in the decades to come.

As Jeffrey Sachs, Director of the Earth Institute at Columbia University emphasised: "We need to think of trade and investment regimes that support the SDGs."

In addition, reforming the international investment regime is fundamental to building and maintaining an enabling environment for sustainable investment and maximising the chances of reaching FfD targets.

"Today the question is not about whether or not to reform, but about the what, how and extent of such reform", as stated by James Zhan, Director of UNCTAD's Division on Investment and Enterprise in his opening remarks.

Following on the heels of UNCTAD's WIR 2015, which also offers a roadmap to guide policymakers at the national, bilateral, regional, and multilateral levels, six panels of experts reflected upon the practical steps countries and regions have taken and can take to reshape their IIAs.

The Conference, convening more than 30 eminent panellists from more than 20 countries, inter-governmental organizations, civil society and the private sector, constitutes the most recent of UNCTAD's activities in response to the Addis Ababa Action Agenda that calls upon UNCTAD to"continue its existing programme of meetings and consultations with Member States on investment agreements".

Panellists dealt with specific questions on undertaking treaty and policy reviews, developing and implementing new model IIAs, terminating or renegotiating IIAs and more generally the way forward for IIA reform. When discussing their new model IIAs, representatives of COMESA, Columbia, the Dominican Republic, Egypt, Indonesia and South Africa all pointed to the benefits that they had derived from using the UNCTAD Policy Framework and the UNCTAD Roadmap. 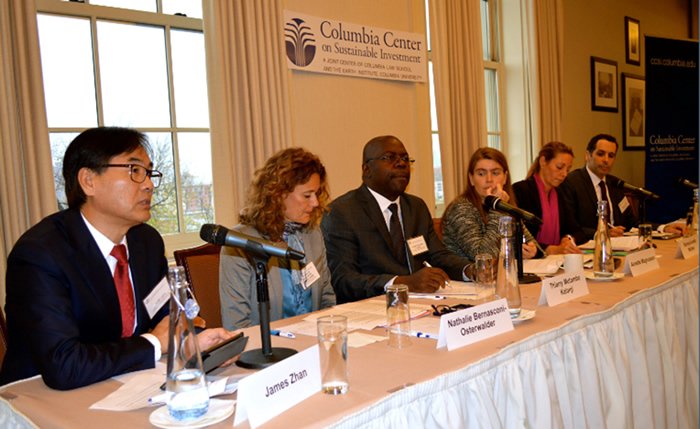