Smart consumers can set a new course for people and planet

Consumers are not just passive buyers. Their choices determine the sustainability of economic development.

Consumers hold the key to a sustainable future for our planet, where prosperity for all will no longer cost the earth, said experts at UNCTAD’s annual global forum on consumer issues.

A consumer with accurate information, effective protection and solid rights – both online and offline – is a powerful force for achieving the Sustainable Development Goals, various experts shared with governments at the United Nations’ European headquarters in Geneva, Switzerland on 8 and 9 July.

“In the face of the climate crisis threatening the survival of humanity, and growing inequalities that undermine social peace, consumers have a decisive power to weigh in and set a new course for development,” UNCTAD Deputy Secretary-General, Isabelle Durant, said. 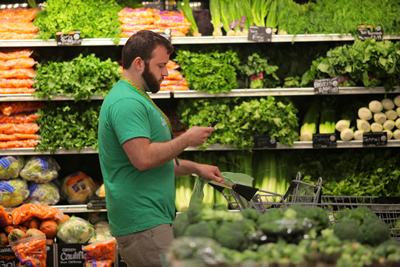 She observed that consumption accounts for 60% of the global gross domestic product, and so consumers are not just passive buyers. Their choices determine the sustainability of economic development.

Sustainable consumption is not only about middle-class consumers who buy in large supermarkets, as it affects all populations in developed and developing countries.

“We need smart consumption,” Ms. Durant said, calling for policies that protect and equip consumers with full knowledge of the economic, social and environmental impacts of their choices.

Such policies could empower people to be ‘consumer-actors’ and forge a more sustainable future for all.

But it is not the responsibility of governments alone. Businesses must also do the same and improve the sustainability of the product lifecycle, the meeting heard.

“We don’t have time. We need to act now and shift the centre of gravity. In doing so, we need to adopt a future-sensitive posture and actively nurture sustainably minded consumers,” said Laura Best, deputy chair of the Consumer Protection Tribunal of South Africa.

But they also want to see action from manufactures and governments to bring about change.

“We all feel an urgency to address sustainable consumption. Consumer attitudes are changing and more people want companies to design products that are sustainable,” Ms. Leurent said.

However, the world must change both production and consumption patterns to foster sustainable and inclusive development for all, the meeting heard.

“It would be both useless and unfair to require consumers to be more responsible and change their behaviour if the production pattern itself remains unchanged and unsustainable,” said Thierry Bourgoignie, professor of law at Quebec University in Canada.

“By placing emphasis on the long-term and collective needs of citizens and society at large, sustainable development gives consumer policy the opportunity for a salutary change,” Mr. Bourgoignie said.

Consumer is king and queen

Consumer protection lies at the heart of the most-effective policies, various experts said.

“Consumers who know their rights and enforce them are thus empowered and subject to fewer abuses. This directly improves their welfare,” said UNCTAD’s director of international trade and commodities, Pamela Coke-Hamilton.

She said consumer protection policy fits well under the UN's 17 global goals to end all forms of poverty, fight inequalities and tackle climate change while ensuring that no one is left behind.

Ms. Coke-Hamilton noted that consumer protection was particularly critical to the achievement of goals 12 (on responsible consumption and production), 8 (on decent work and economic growth), 10 (on reducing inequalities) and 17 (on partnerships).

She urged countries to follow the UN guidelines for consumer protection in crafting and enforcing domestic and regional laws, rules and regulations that are suitable to their own contexts.

The guidelines call for the participation of other stakeholders, including consumer groups and the private sector.

“Cooperation across-borders is paramount for effective enforcement, especially in the digital era,” Ms. Coke-Hamilton said. “We must 'network the networks' and deepen international cooperation.”

This includes managing market concentration in the digital economy.

She said automatization and increased connectivity had not only quickened the pace of life, but also handed immense power over our lives to a few technology companies.

“Our choices are being controlled more and more by intermediaries – the middlemen – with long-term and complex contract relations,” Ms. Marques said.

According to her, traditional consumer law and national laws are not enough to deal with the sweeping power wielded by the digital giants.

“We need to develop new tools and global standards to face these challenges to ensure consumer protection in the digital age,” Ms. Marques said.

She argued that new tools and standards could enhance access and inclusion, trust in the digital marketplace and ensure effective dispute resolution and redress for consumers.