​UNCTAD launched the flagship report on 16 December at an event organized with the Government of Kenya on the margins of the 10th Ministerial Conference of the World Trade Organization.

Launched amidst over 70 trade experts and policy makers, the report tackles a highly relevant question for policy makers - how to ensure coherence between science, technology and innovation policy and industrial policy to promote overall sustainable development as mandated by goal 9 of the 2030 Agenda for Sustainable Development. Highlighting the salient points that stand out from the report, Padmashree Gehl Sampath of UNCTAD, the team leader of the report, pointed out that in 2014 developing countries accounted for 52% of global exports of high technology products but that Africa represented just 0.3% of this total. This begs the question why industrial policies and science, technology and innovation policies have not led to better results in Africa.

UNCTAD Secretary-General Mukhisa Kituyi launched the report, highlighting the central role technology will play in ensuring all Africans benefit from the continent's economic growth. He emphasized that the quality of employment, especially youth employment, will determine how inclusive Africa's prosperity will be. The decent jobs of the future, he said, will be in industries driven by technology, and Africa's youth need to acquire the necessary skills to work in these sectors.

John Page, a speaker at the event and senior fellow at the Brookings Institute, highlighted three important messages in line with his research that the report effectively analyzed within the African context.

The Director General of the Tanzania Commission on Science and Technology, Hassan Mshinda, commended UNCTAD for the report's timely analysis and for working with organizations like his to gather data that sheds new light on issues concerning technology and innovation policies.

In fact, he said, Tanzania planned to use the report's findings to integrate science, technology and innovation priorities into Tanzania's new National Development Plan (2016-2021).

Other comments focused on how UNCTAD can further strengthen collaboration with other organizations in the field and in the United Nations system to take the recommendations of the report forward. 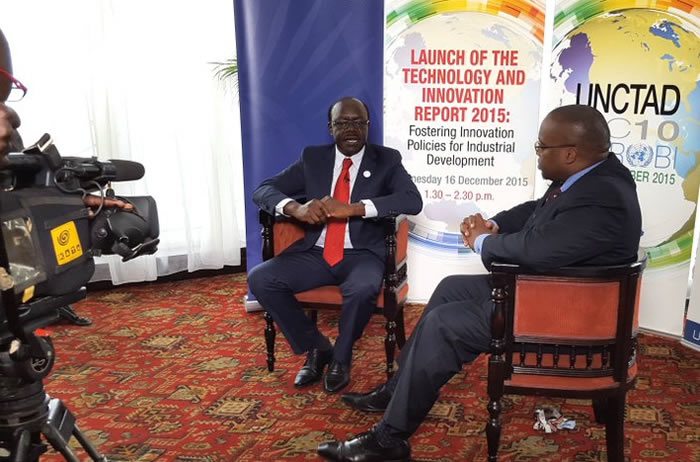