Toward a Global Green New Deal

Though the 2008 financial crisis created an impetus to reinvigorate multilateralism, global paeans to cooperation ultimately did not lead to lasting solutions. Now that uneven economic recovery is combining with deteriorating environmental conditions to threaten humanity itself, world leaders must finish what they started.

The “Green New Deal” (GND) proposed by progressives in the United States cannot be achieved in isolation. To tackle climate change and inequality together, all countries will need to agree to new rules for international cooperation.

The start of such a rethinking began a decade ago. In April 2009, the G20 met in London and promised to deliver a coordinated response to the global financial crisis, followed by a future of more robust growth.

Then, in December of that year, world leaders meeting in Copenhagen under the auspices of the United Nations promised big cuts in carbon dioxide emissions, to limit global warming to 2° Celsius above pre-industrial levels. 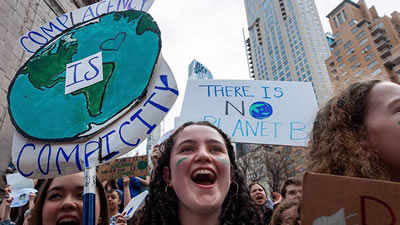 The first conference ended with British Prime Minister Gordon Brown announcing a “new world order” founded on “a new progressive era of international cooperation”; the second ended in disarray. Yet, looking back, the false dawn of that “new progressive era” has proved to be the bigger obstacle to a secure and stable future.

For a decade now, the post-crisis recovery has oscillated between anaemic growth spurts and recurrent bouts of financial instability, owing partly to advanced economies’ discordant mix of aggressively loose monetary policies and dogged fiscal austerity. And this has all been supported by massive build-up of debt, which has increased by more than $70 trillion worldwide since the crisis. But the recovery’s sluggishness also owes something to the intertwining of corporate and political power under financialized capitalism.

As economic power has become increasingly concentrated, inequality – both within and among countries – has reached grotesque heights. With financial speculation now commonplace, so, too, are fraud and instability.

Meanwhile, investment in public goods – globally and nationally – has stagnated, and growth has become dependent on resource extraction and energy consumption, both of which are proceeding at such a pace as to threaten human civilization itself.

For all the ambitious talk in London a decade ago, little has changed. Debates about improving global governance still revolve around ideas like “corporate social responsibility,” “public-private partnerships,” and “free-trade agreements,” none of which will bring about a fairer and more stable economic order.

Complicating matters further, global environmental conditions have become increasingly fragile since 2009. And even before US President Donald Trump’s truculent decision to abandon the 2015 Paris climate agreement, there was no clear path to keeping global temperatures below a level that scientists deem safe, let alone to preventing a more catastrophic breakdown.

Against this dismal backdrop, bold proposals for a GND have been gaining political traction, notably in the US, where the idea is to transform the economy through a harmonious marriage of economic justice, social solidarity, and environmental rehabilitation.

The GND has already triggered a rich debate on policy options and provoked a predictable response from vested interests and their political retainers. But the marriage Green New Dealers envision cannot be left to the benefaction of a global hegemon.

Capital is mobile, and carbon-heavy growth is no longer the preserve of the advanced economies. For the GND to work, it must also be globalized through international cooperation.

The problem is that multilateral rulemaking in recent decades has been subject to the same political pressures as domestic policymaking.

It is not a coincidence that the current framework for governing the global economy primarily benefits financial entities and large multinational corporations.

The original goal of post-war multilateralism was to protect the weak from the strong so that they could grow. Yet its current version encourages strong countries to impose their preferred development model on the weak, thereby promulgating a world of “winner-takes-most” outcomes.

Under these conditions, fine-tuning existing arrangements simply will not do. To make a global GND work, many of the multilateral programs that have accumulated over decades will have to be culled, and a new generation of smarter institutions will have to be established.

Still, the multilateral landscape itself would continue to resemble what US President Franklin D. Roosevelt envisioned when he called for a mutual understanding that would “secure to every nation a healthy peacetime life for its inhabitants – everywhere in the world. “What we need, then, is a new set of principles to replace those that have underpinned rulemaking in the age of hyper-globalization.

Looking ahead, global rules must be recalibrated toward the overarching goals of social and economic stability, shared prosperity, and environmental sustainability, and rulemaking bodies must be protected from capture by the most powerful. Moreover, the international community must decide upon common but differentiated responsibilities for collective action, in order to ensure an adequate supply of global public goods and protect the commons across different domains.

At the same time, individual countries should still be afforded the space to pursue national development strategies within the framework of global rules and norms. Embedded in that framework should be regulations to strengthen the international division of labour, and to prevent countries from pursuing destructive unilateral actions that prevent others from realizing common goals.

Finally, global public institutions will have to be more accountable to their full membership, and, to achieve that end, should maintain balanced dispute-resolution systems.

They also must be open to a greater diversity of viewpoints, and at least cognizant of new voices when they emerge in global debates. For a decade, the international community has failed to heed Winston Churchill’s advice “to never let a good crisis go to waste.”

Unless that changes in the coming decade, those looking back at the current period in 2029 won’t get another chance.

The views expressed in this article are those of the authors and do not necessarily reflect the views of UNCTAD. 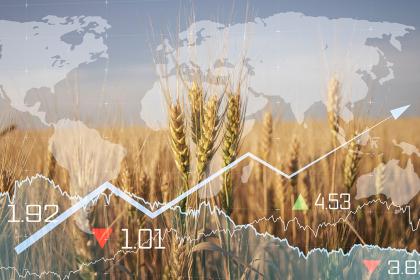