UNCTAD's Secretary-General Mukhisa Kituyi speaks to TheEastAfrican Newspaper about the benefits and potential pitfalls of implementing the AfCFTA.

July 7 marks the launch of the $3 trillion African Continental Free Trade Area (AfCFTA). Is it time to pop the champagne?

I would advise cautious optimism. The entry into force of the agreement establishing the AfCFTA is a landmark achievement after months of technical work and negotiations, and it should be celebrated. However, some critical issues (notably on tariff schedules and rules of origin) still remain.

The single African market is a great thing, but do you think its implementation will be smooth, given that regional economic blocs have been bogged down by trade disputes and poor implementation of Common Market protocols?

It is unlikely that the implementation of an agreement of such breadth and depth will be smooth across the board. Challenges are bound to emerge. As a matter of fact, some have already surfaced in the course of negotiations and are being dealt with. 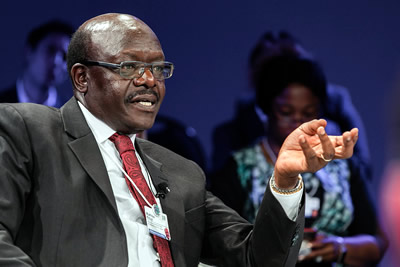 What is important, however, is the need to step up to the challenge and harness the regional market for Africa’s structural transformation. But Africa is not starting from scratch. The experience and lessons learnt in the Regional Economic Communities (RECs) can be leveraged to make the AfCFTA implementation smoother and more effective.

One of the key advantages of a bloc like this is job creation. Is there a chance for job seekers from small economies to get employed in the more developed economies?

Like many trade agreements, the main effect will be labour reallocation across sectors: Away from least competitive activities and towards those sectors that will be best placed to harness the opportunities of the regional market — in principle, those benefiting from the largest tariff cuts, and where countries have comparative advantage.

Research done by the United Nations Conference on Trade and Development (UNCTAD) shows that for the majority of countries, the regional market is a vent for exporting products whose degree of sophistication is higher, compared with what they export to the rest of the world. As a consequence, the AfCFTA can greatly contribute towards spurring economic diversification, boosting real income and job creation.

We can expect a continuation of the current trend, whereby some job-seekers from smaller economies get jobs in more dynamic sub-regional hubs; to some extent this may even be facilitated by the fact that in parallel with the AfCFTA, African countries have negotiated a protocol on the movement of people.

Yet the overarching framework aims at creating a win-win AfCFTA, whereby opportunities to harness the regional market emerge both in the big and small countries, and where African talents can move more freely over the continent to best contribute to Africa’s development and economic prosperity in line with labour market needs.

Who will be the biggest beneficiaries of the FTA: Big African corporations? Foreign multinationals? SMEs?

In the short term, businesses that are already supplying “Made in Africa” products to the regional markets are better placed to take advantage of the opportunities unlocked by the AfCFTA, as it is easier to expand existing trade relations on the intensive margin than it is to discover and test new export opportunities. In the longer term, however, a broader array of enterprises will be able to fully harness the extensive margin.

How should Africa shield its businesses from well-heeled foreign firms?

The AfCFTA is about opening up trade within Africa. It should enable African producers to enjoy higher trade preference margins vis-à-vis other external competitors, as long as the former comply with AfCFTA rules of origin. This will give African businesses an important advantage over their foreign competitors.

Many African states tout industrialisation as the main driver of economic growth in their new plans. Is it then prudent to expose their manufacturers to external competition before that growth is attained?

By encouraging the private sector to utilise unused preferential trade preferences and develop new markets in new sectors, the right set of rules of origin can enable industrialisation and make it more genuinely “Made in Africa.” For example, in the beverages industry, rules of origin can provide incentives for producers to source local inputs such as locally grown cereals for beverages rather than use imported inputs, and in so doing, produce unique brands that are more adapted to local tastes, with linkages developed between the manufacturing, agriculture and tourism sectors.

Is it prudent for the continent’s big economies to open up their markets after all the hard work they have put into them?

African countries mainly export raw materials. Is this expected to change in the AfCFTA era?

By liberalising trade across RECs the AfCFTA will enable African countries to better harness their trade complementaries. Immediately, this will not change the commodity dependence of many countries, but it will set the stage for opportunities in many new prospective value chains.

There’s a push to open up the skies at a time when the continent’s airlines, save for Ethiopian Airlines are struggling to stay afloat. Won’t the swooping in of the big boys deal the final blow?

Not necessarily. Air transport liberalisation has the potential to yield several benefits for Africa. In 2014, the African Union Executive Council adopted decision EX.CL/Dec.821 (XXV), which makes the implementation of the Yamoussoukro Decision [a treaty on open skies] the foundation for the establishment of a single African air transport market.

In 2015, the heads of state and government adopted the Declaration on the Establishment of a Single African Air Transport Market, which ensures its establishment by African airlines by 2017, and facilitates air connectivity thorough implementation of the Yamoussoukro Decision. The African Union reports that 13 member States have signed the Solemn Commitment to the treaty.

The benefits of the Yamoussoukro Decision have not yet been reaped.

According to a study commissioned by the International Air Transport Association to estimate the increase in air traffic and the benefits that would accrue if 12 African countries implemented the Yamoussoukro Decision, the total air traffic flow would increase by 81 per cent, or by about five million passengers a year. The additional services generated by liberalisation among the 12 markets would provide another 155,000 jobs in aviation, tourism and the wider economy, and about $1.3 billion in GDP.

The analysis suggests that significant potential benefits would be achieved if restrictions on establishing air routes did not apply.

The International Air Transport Association’s 20-year forecast for air passenger growth to 2034, stands at 4.7 per cent per year from, to and within Africa. This increase is due to factors related to price and connectivity and rising standards of living, leading to an expanding middle class and strong population growth.

To realise the potential of intraregional tourism for the continent’s economic growth, African governments should liberalise air transport, promote the free movement of persons, ensure currency convertibility and, crucially, recognise the value of African tourism and plan for it. These strategic measures can have relatively fast and tangible impacts.

What should small businesses do to benefit given that their growth continues to be blocked by lack of credit, high taxes and red tape at home?

Policies that foster integration within the country (domestic integration) bridging the rural-urban gap and linking to vibrant urban markets should yield opportunities for SMEs to grow. Ideally, the AfCFTA will support SMEs to link into regional value chains simply to better exploit trade preferences within the continent and add value to “Made in Africa” goods.

The overall impact of the AfCFTA, however, will not be solely determined by tariff liberalisation. Other factors concurring to this include customs co-operation, transit, trade facilitation, trade remedies as well as non-tariff barriers, technical barriers to trade and sanitary and phytosanitary measures.

Furthermore, it is the interaction between these with the specifics of other Protocols of the Agreement that will determine the final outcome of the implementation of the AfCFTA.

Isn’t it a contradiction that Nigeria, Africa’s largest economy, has been hesitant to sign the FTA agreement, yet their son business magnate Aliko Dangote has businesses on the continent?

There is no inherent contradiction, rather a reflection of the acute political challenges many governments face in signing up to and ratifying the AfCFTA.

Lessons learnt from the economic partnership agreement negotiations show that the private sector has to be involved early enough in order to avoid problems with the AfCFTA implementation. It is also crucial to involve all the key stakeholders from the start, i.e. at the negotiation stage, to ensure ownership of the Agreement at the national level.

These problems have already arisen in some countries, as in the case of Nigeria where business associations opposed the AfCFTA ratification because the country’s private sector felt that it was not adequately consulted and warned that the agreement could devastate Nigerian industries and fuel unemployment.

Nigeria has been a key driver of the AfCFTA process but did not sign the consolidated text of the agreement at the time; but has recently announced that it will be doing so.

The Nigerian presidency's statement released on Twitter said Nigeria is signing the AfCFTA Agreement after extensive domestic consultations, and "is focused on taking advantage of ongoing negotiations to secure the necessary safeguards against smuggling, dumping and other risks/threats." This highlights the importance of doing the necessary background work on internal policy making, advocacy and consultation as a prelude to ratifying and implementing the AfCFTA.

How easy is it to sell Africa as a single market when investors are alive to the differences in the respective economies?

Africa is opening up trade within the region and harmonising how the entire continent does business — that is key for attracting inward investment.

Sub-Saharan African is billed to host 25 per cent of the world’s population in the next decade, won’t such population growth wipe out the gains from the single market?

Not if that growing population is engaged, entrepreneurial, employed and productive. Rather than wiping out gains, AfCFTA holds the possibility of turning the largest trading bloc in the world into the largest economy of the world.

What are the potential pitfalls of this continental bloc? Aren’t there potential dangers of opening up borders? How will smuggling, tax evasion, crime, terrorism be dealt with?

Why should crime, smuggling and tax evasion necessarily increase in the AfCFTA? Lowering tariffs should lead to less tax evasion and smuggling!

Why should opening up of borders especially in the case of free movement of labour necessarily be a disaster for the continent?

How long do you envisage full implementation of the AfCFTA will take?

Some policymakers are calling for implementation of the AfCFTA to start in 2020. But it’s impossible to say with a high degree of accuracy, until the negotiation of key elements of the AfCFTA such as tariff schedules and rules of origin are completed. Also, Phase II Protocols on Investment, Competition and Intellectual Property Rights still need to be negotiated.

Also, large differences and variations in experiences with regional economic communities are likely to influence the nature of expected long term gains and temporary losses. 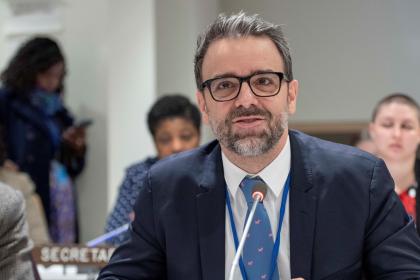