The conflict could widen the $3.6 trillion annual gap in financing needed to achieve sustainable development goals and worsen the debt burden in many developing countries. 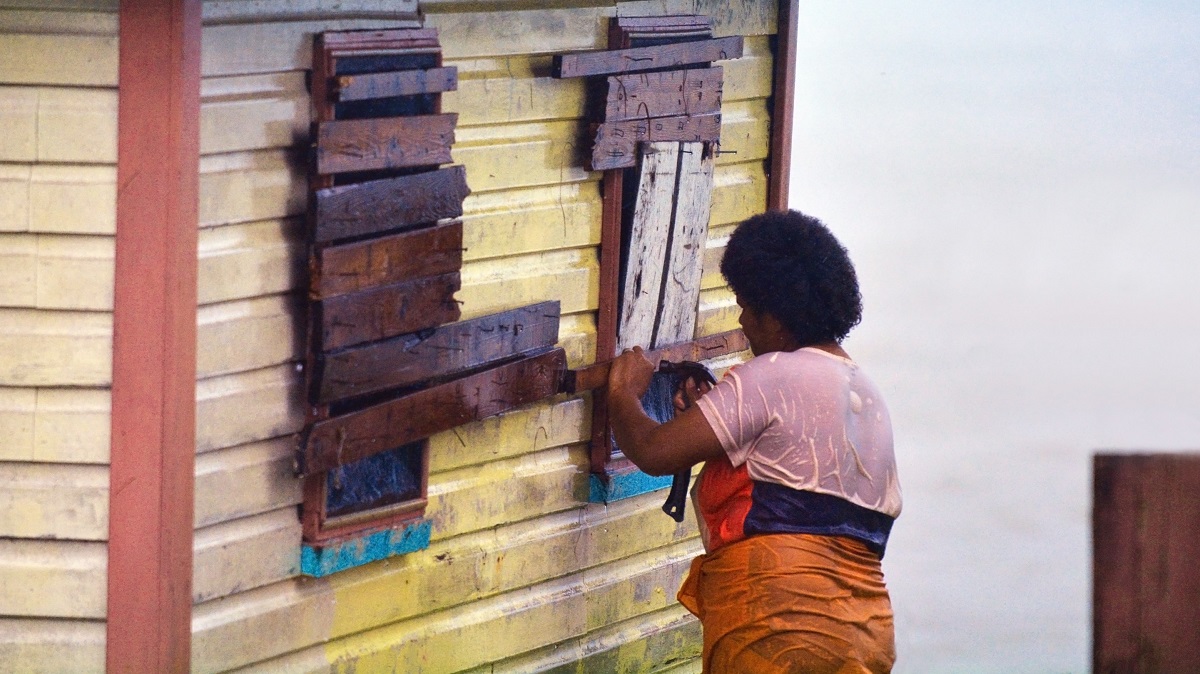 © ChameleonsEye/Shutterstock | A Fijian woman boards up her house during a tropical cyclone.

The financial fallout from the war in Ukraine could widen the already huge gap in financing needed to achieve sustainable development goals (SDGs) and lead to cascading credit downgrades and debt defaults in developing countries, UNCTAD said.

The gap in financing needed to achieve SDGs, such as ending poverty and halting climate change, now sits at $17.9 trillion for the 2020-2025 period, new UNCTAD estimates show. This puts the current annual gap at $3.6 trillion – more than $1 trillion wider than before the COVID-19 pandemic – without even factoring in the effects of the Ukraine conflict.

“We risk going from having a gap to achieve the SDGs to having an abyss,” UNCTAD Secretary-General Rebeca Grynspan said on 21 March as she opened a meeting on financing for development convened by the organization.

Calling for emergency measures and efforts to support sustainable growth, she said climate change and other non-stop crises are hitting developing countries hardest and making it harder for them to achieve the SDGs.

The $17.9 trillion figure is likely an underestimate, Ms. Grynspan said, because the calculations were done before the start of the war in Ukraine in late February.

The conflict is tightening global liquidity, especially for developing countries, as investors flock to assets perceived as less risky. The cost of credit has already increased since the start of the conflict, with bond yields rising an average of 36 basis points.

The war’s impact on government spending around the globe will put further pressure on aid budgets, which were already low.

“External financial resources for development continue to decrease, which has been especially detrimental to low-income and middle-income countries,” said Abdulla Shahid, president of the 76th session of the UN General Assembly.

In 2020, official development assistance from advanced economies was on average just 0.32% of their gross national income – less than half of the 0.7% commitment.

Capital flight and less development assistance would create acute stress for many developing countries already struggling with high debt levels. Cascading credit downgrades and debt defaults could be on the horizon.

More than half of African countries were already downgraded by at least one credit rating agency in 2020, said Vera Songwe, executive secretary of the UN Economic Commission for Africa.

In 2020, debt-to-GDP ratios in developing countries rose to 69% from 57%. For these nations, about 16% of export earnings are spent on debt payments. The share reaches 34% in small island developing states.

The debt burden undermines their abilities to provide essential services. In 62 developing countries, for example, the share of government spending on debt service was higher than health spending in 2020.

To keep the gap from becoming an abyss, Ms. Grynspan called for emergency financial measures to help developing countries cope with the impacts of the war in Ukraine – including soaring prices of food, fuel and fertilizer.

According to an UNCTAD assessment, more than 5% of the poorest countries’ import baskets is made up of products that are likely to face a price hike due to the war. The share is below 1% for richer countries.

Such emergency measures would be similar to those provided by the global financial system when the COVID-19 crisis started.

One suggestion was to reconvene the Group of 20 major economies’ debt service suspension initiative (DSSI), which froze debt repayments for low-income countries until December 2021.

“But we also need to restart the DSSI in way that doesn’t just keep kicking the can down the road,” Ms. Grynspan said. “A permanent and comprehensive debt restructuring mechanism is needed.”

The efforts should be underpinned by a sustained and structural push to help the countries strengthen productive capacities so they can make more goods and services and add more value to them.

“We urgently need to capitalize our development banks, something that didn’t happen with the pandemic,” she said.