The project will help nine Pacific island nations comply with trade and investment-related requirements of the Pacific Agreement on Closer Economic Relations Plus free trade deal.

UNCTAD launched earlier this month an 18-month, AU$2 million project to help nine Pacific island countries align their trade and investment rules and regulations with their obligations under a regional free trade deal that enters into force in June 2019.

Businesses operating in small island nations find it challenging to achieve the economies of scale needed to compete in international markets. The goal of PACER Plus is to boost trade between the signatory countries and thus create more opportunities in the Pacific Ocean for their businesses to grow.

But for this to happen, the countries need to align their trade and investment regulations, so that the trading environment is more predictable, the customs procedures are more similar, and the non-tariff measures, such as sanitary and phytosanitary measures, a more consistent and transparent.

“Non-tariff measures, trade facilitation and exchange of information through electronic trade portals – these are areas where UNCTAD can help build capacity,” Dr. Kituyi said, adding that the project will have a strong focus on gender mainstreaming to ensure trade reduces inequalities between men and women.

The 18-month project, financed by Australia and New Zealand, was launched in Samoa during a meeting between trade officials of the 11 PACER Plus signatory countries held on 12 and 13 July.

Edgar Cocker, chief executive officer of Tonga’s commerce and labour ministry said: “This is extremely important for the country's ability to access and promote its trade and investment potential worldwide”.

A national trade advisor for the Kiribati-Commonwealth Secretariat, Samson Odhiambo, added: “It was interesting to note the insights and best practices on how PACER Plus parties can use a trade portal strategy to advance the regional trade integration agenda and to broadly meet the PACER Plus transparency obligations.”

During the two-day meeting, UNCTAD also had bilateral meetings with other organizations involved in the project, including Oceania Customs Organization and the Pacific Island Forum Secretariat.

In the coming months, UNCTAD will design training workshops and online courses for countries, taking into account whether they are members of the World Trade Organization. This is because those that are members – Samoa, Solomon Islands, Tonga, and Vanuatu – must also comply with the WTO Trade Facilitation Agreement as well as PACER Plus.

The project will also include workshops at the regional level to help the countries develop a common strategy and to facilitate the exchange of information between them. In addition, UNCTAD will set up a network of National Transparency PACER Plus Committees and a regional trade hub to ensure project sustainability. 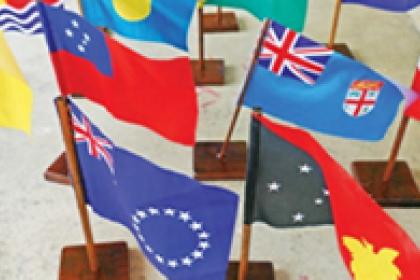