UNCTAD opens an office in Samoa to coordinate a trade and transparency project for Pacific small islands, ahead of a regional free trade agreement coming into force in 2019.

UNCTAD has joined agencies including the United Nations Development Programme, the International Labour Organization and UN Women in new premises in the capital of Samoa to support coordinated multilateral assistance to small island developing states (SIDS) in the Pacific region.

The new office at One UN House in Apia means closer collaboration on joint programming under the United Nations Pacific Strategy, national development strategies and consultations on the SAMOA (SIDS Accelerated Modalities of Action) pathway.

“Small island states in the Pacific are exposed to natural and economic shocks beyond domestic control,” UNCTAD Secretary-General Mukhisa Kituyi said ahead of regional trade talks in July 2018.

“They face specific challenges to compete in the global economy because of their size and isolation from major markets and trade routes.” 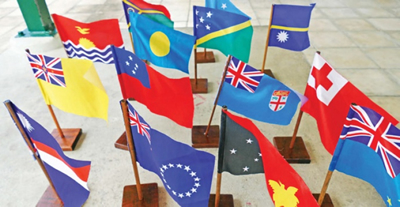 The UNCTAD office will support an 18-month project to help nine Pacific island countries align their trade and investment rules and regulations with their obligations under a regional free trade deal that enters into force in the second half of 2019 once the ratification process is completed.

The deal, the Pacific Agreement on Closer Economic Relations (PACER) Plus, covers goods, services and investment and was signed by Australia, New Zealand and nine island neighbours – Cook Islands, Kiribati, Nauru, Niue, Samoa, Solomon Islands, Tonga, Tuvalu and Vanuatu. Negotiations on PACER Plus started in 2009 and concluded in Brisbane in April 2017.

“The PACER Plus Programme represents a tailored international joint response to the challenges faced by small islands in the Pacific region by increasing regulatory transparency for trade and investment,” Dr. Kituyi said.

“For UNCTAD, this project mobilizes several of our core competencies where UNCTAD can help build capacity,” Dr. Kituyi said, adding that the project will have a strong focus on gender mainstreaming to ensure trade reduces inequalities between men and women.

The new office means new opportunities to work in the field.

“I’m excited about the improved possibilities of working directly with national governments and stakeholders in the region,” said Patrick Göttner, who was transferred to Samoa in his role as UNCTAD regional coordinator of the PACER Plus project.

The trade and transparency project aims to provide training and technical assistance to Pacific island countries so that they reach the standards set out in PACER.

The project aims to strengthen regional integration and competitiveness to create economic opportunities, particularly for small and medium-sized enterprises and women entrepreneurs.

Together with UNCTAD teams working on automated customs systems, trade and gender aspects, trade facilitation, non-tariff measures, as well as on trade information portals, Mr. Göttner will coordinate the set-up of the trade portal in Samoa and the organization of national workshops during 2019.

These national workshops are crucial next steps in the follow-up to an UNCTAD regional forum, held in Honiara, Solomon Islands, from 15–18 October 2018.

The forum brought together 22 national policymakers from Pacific island countries which signed the PACER Plus Agreement, the Oceania Customs Organisation, as well as Australia and New Zealand, which financially support the project.

“While this means a big change in environment, one thing remained almost unchanged,” Mr. Göttner said of his move to Samoa. “In Geneva I got off every morning at the Appia bus stop – named for Red Cross founder Louis Appia – which is next to the Palais des Nations in Geneva where UNCTAD has its headquarters. Here in Samoa, I’m still in Apia, the capital, every morning!”

The new premises are located, fittingly, on SIDS Street, close to Sustainable Street. 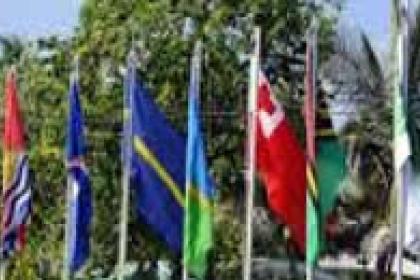