UNCTAD helps protect consumers in the era of Airbnb

Visitors to this year's Rio Olympics might have been grateful for Airbnb. Formed eight years ago in a San Francisco bedroom, the room-rental platform now has more than 2,000,000 listings in 191 countries. In Brazil, it helped fill a shortfall of rooms for the 2016 Rio Olympics.

New and disruptive business models, such as Airbnb, help boost trade by opening new markets and giving more choice to consumers. But e-commerce does not always provide clear accountability. What happens when the reality does not match the photos online, for example?

In this case, Airbnb usually guarantees its customers a replacement room. And in Brazil, the national consumer protection agency Senacon had already developed a series of initiatives to protect foreign tourists for both the 2014 World Cup and 2016 Olympic games.

But the Brazilian example shows how the subtleties and complications of e-commerce require a new type of consumer protection framework.

UNCTAD helps governments design laws and build institutions to protect citizens and boost trade by leading United Nations consensus building in this area, including through updates to the UN Guidelines for Consumer Protection. 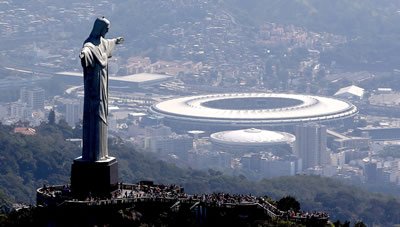 The Brazilian government, through the Secretary of Consumer Defence (SENACON), has developed a series of initiatives to protect foreign consumers.

The latest update was adopted by the General Assembly in November 2015. Then in August 2016, UNCTAD made available the updated guidelines in hardcopy or as a download in English, Spanish, French, Russian, Arabic and Chinese.

The guidelines concerns areas that have dramatically affected consumer relations such as financial services, public utilities, tourism and, of course, e-commerce.

"We are convinced that by empowering consumers we give our citizens a voice to push market outcomes in a manner that fits with their preferences," UNCTAD Deputy Secretary-General Joakim Reiter said at a session on the subject at the fourteenth session of the United Nations Conference on Trade and Development in Nairobi, Kenya, in July 2016.

The rise in cross-border trade in goods and services also demands a coordinated international response.

Responding to the need for strengthened cooperation, member States have created a new Intergovernmental Group of Experts on consumer protection and policy within UNCTAD, which will be convened for the first time in October 2016.

"Consumers are now at the forefront of international trade, and member States are aware they need to upgrade their capacities and reinforce international cooperation to protect their citizens" Mr. Izaguerri said. "The Intergovernmental Group of Experts is in a privileged position to lay the foundations for the future of consumer relations worldwide."