The secretary-general of UNCTAD has called for the rules-based multilateral trading system that underpins growth in the world economy to be protected and strengthened at an event during the World Trade Organization’s Eleventh Ministerial Conference taking place in Buenos Aires, Argentina, today.

He recalled the value of multilateralism and the commitment to its development dimension as the one shared by all countries including under the multilateral trade processes. “We must remember that the “triple promise of the 2030 Agenda, the Addis Ababa financing commitments, and the Paris climate agreement offers a new framework to see across our negotiating positions and our sectorial biases to identify new ways forward to make multilateral economic cooperation work for the benefit of all peoples everywhere,” Dr. Kituyi said. 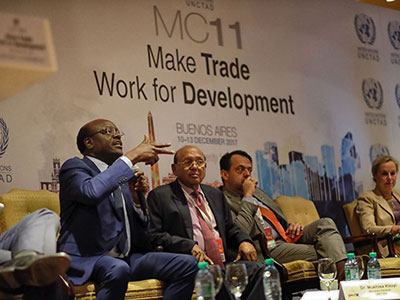 “We should be able to use the multilateral processes to protect planet, people and prosperity, and the membership to WTO is critically important for prosperity.”

He stressed that the multilateral trading system is an essential component of a global partnership for sustainable development, an SDG 17 call for revitalizing this partnership, by the following means of implementation:

“Revitalizing a global partnership for sustainable development is critical for the achievement of the SDGs, and international trade remains a cornerstone of such a revitalized global partnership,” Dr. Kituyi said.

However, Dr. Kituyi noted that recently, the multilateral trading system has come under growing pressure in delivering on prosperity and development promises.

“At UNCTAD, we see international trade as a key enabler of the development aspirations of all countries, and the multilateral trade process as a tool to further trade growth. The challenge is to transform trade into positive development gains for societies and to better align the trading system with the 2030 Agenda for sustainable development,” he said.

The case of sustaining multilateral trade cooperation and its development dimension was debated in a high-level panel discussion.

Noting the multilateral cooperation was increasingly under pressure, Mrs. Sigrid Kaag, Minister for Foreign Trade and Development Cooperation of The Netherlands, stressed the need to reach policy gaps, aim at ambitious results, better communicate the results and ensure inclusiveness of the process. “Gains of working together through inclusiveness and mutual accountability are infinitely greater than bilateral approaches”.

Mr. Alexander Mora, Minister of Foreign Trade of Costa Rica underlined the importance of making the case of trade for development. “While it is too easy to blame free trade and the trading system for unemployment we should all recognize the power of trade to bring development benefits and discipline ourselves to better use this power recognizing the interconnectivity we are in”.

Stressing the importance of reaffirming the development centrality of the trading system, Mr. Suresh Prabhu, Minister of Commerce and Industry of India said that development must be placed at the heart of the multilateral trading system where all countries should have a say. “We need to go beyond aid or trade but we should think about how we can bring trade and development together”, Mr. Prabhu added. Mr. Tofail Ahmed, Minister of Commerce of Bangladesh, underscored the importance of effective implementation of DFQF market access initiative for LDCs.

Ms. Alicia Bárcena, Executive Secretary of the Economic Commission for Latin America and the Caribbean (ECLAC) noted that the current problem was that trade for development was not working with the slowing trade growth, rising populism and protectionism. If the multilateral trading system was to work for development, it is necessary to confront global inequality, losers of liberalization and environmental dimension for sustainable development, by involving the private sector actors. She said, “Means of implementation for SDGs are trade, finance and technology. We need to change the conversation to include the private sector if trade is to work for sustainable development"

Dr. Kituyi noted that crafting a way forward beyond MC11 would require countries to move to a higher plane of consideration of the vision and mission of the multilateral trading system and its impact on development, beyond the narrow focus on text-based negotiations. It also entails an appreciation of the contribution of international trade to development over the past decades. Pragmatism and moderation would be a key.

“As a development institution, UNCTAD support our members in deepening our understanding on such trade-development nexus, and support developing countries in strengthening their capacity to derive effective benefits from international trade and globalization, shared equitably across countries and within societies,” he concluded. 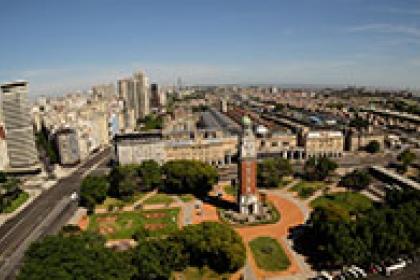 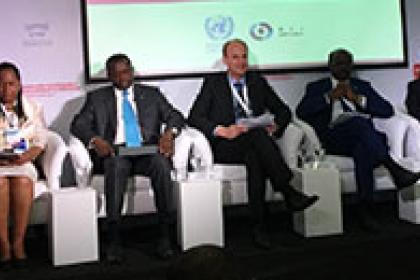 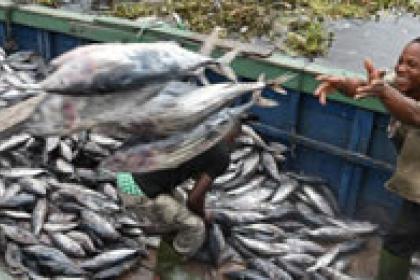