The World Trade Organization’s services waiver exists on paper, but LDCs have yet to exploit in practice.

Trade in services was recognized as an important route to creating jobs and boosting incomes in developing countries as long ago as 2011 when WTO members agreed on a services waiver for least developed countries (LDCs), the 47 most structurally disadvantaged economies in the world.

Globally, services exports are growing faster than trade in goods and their importance for LDCs goes beyond their pure economic significance. Their role in bringing social and developmental benefits, and as a means to address poverty and sustainable development, has been proven. 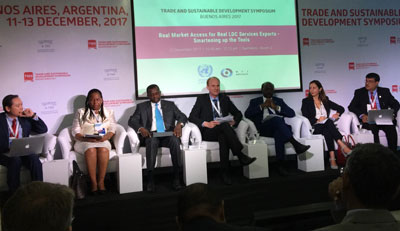 “Existing waivers for commercial services exports from LDCs will have little impact unless backed by lowered regulatory barriers and supply-side capacity building,” UNCTAD Secretary-General Mukhisa Kituyi said at the 12 December event, which was called "Real Market Access for LDC Services Exports – Smartening up the Tools".

Data shows that LDCs have yet to successfully integrate into global services markets. In the last decade, the share of LDCs in world exports of commercial services has doubled – but from only 0.4% in 2005 to 0.8% in 2015. On the import side, their share rose from 1% to 1.6%.

“There’s the potential for developing countries in general but also for LDCs to be more integrated into world trade in services because there are ways of doing this now that were not possible a couple of years ago,” said Teppo Tauriainen, Director-General for Trade, Sweden.

“LDCs have the potential to take some leaps forward now that we [Sweden] were not able to do 50 years ago. Of course, there are constraints, but the services waiver is one important step for LDCs,” he said.

“At the same time, we know that not all the market access offered by developed countries is realistic in the sense that LDCs cannot use it in the way they would like to, but also because there are many constraints on the supply side,” Mr. Tauriainen added.

The positive effects of the waiver will ultimately depend on the meaningfulness of the preferences, speakers at the event said.

However, speakers said, it is crucial to ensure that the waiver provides LDCs with a preferential market access in the sector of interest to an individual country and in the specific mode of services supply. Thorough country-specific and sector-specific analysis is essential prior to making a choice of preferences to be granted.

For example, the music services industry has long been recognized as an asset that many LDCs, particularly in Africa, face difficulty operationalizing for export.

“Senegal faces huge regulatory barriers in terms of business services, especially when it comes to exporting our services in the music industry as well as textiles,” Senegal’s Minister of Commerce Alioune Sarr said.

Some notifications include measures on capacity building, including the construction of infrastructure for tourism and other services, but preferences in domestic regulation, such as technical standards or qualification requirements are still largely missing.

The most glaring indication that more still needs to be done is the absence of examples of LDC service suppliers who have been unable to take advantage of any of the preferences provided to supply new export markets.

UNCTAD supports LDCs in the short to medium term with actions that will enable their services and service suppliers to take advantage of the preferences offered. Looking to the medium-to-long term, UNCTAD aims to work with LDCs in becoming competitive in services supply as quickly as possible, especially as the services waiver expires in 2030.

UNCTAD’s work to help LDCs maximize trade in services includes a new project called Capacity Building of LDCs in Services Trade for Sustainable Development, which is currently funded by the Swedish government.

In its pilot stage, the project has so far covered Zambia, Senegal, Nepal and Cambodia, and can aid selected LDCs in expanding services exports with the overarching goal of facilitating development and progressing towards achieving the Sustainable Development Goals. 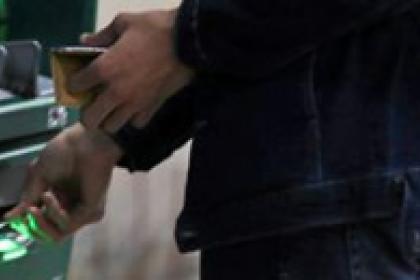