UNCTAD's Director of the International Trade in Goods and Services, and Commodities Division, Guillermo Valles, highlighted the trend in reducing applied tariffs between Latin American and Caribbean countries, at an UNCTAD-SELA meeting in Punta Cana, Dominican Republic, on 5 November 2014.

Mr. Valles underlined that one of the objectives of competition policy should be reducing the costs of opening markets while avoiding the neutralization of the positive effects associated with trade liberalization.

He spoke of the number of antidumping cases that many Latin American and Caribbean countries have been brought both between countries and before the World Trade Organization's Dispute Settlement Understanding mechanism.

Mr. Valles proposed a number of issues for discussion by the Working Group on Trade and Competition (WGTC), such as whether it would more efficient to deepen and reinforce cooperation in competition policies instead of bringing Dispute Settlement Understanding cases, intra-regional cases and World Trade Organization cases. This question, he said, is even more relevant with advanced integration in particular sub-regions of Latin America and the Caribbean.

Mr. Valles also said that trade, competition and consumer protection policies are not alternatives but should be seen as complementary, that regional integration demands increasingly coordinated competition policies and distinct forms of cooperation, and that the process of establishing supra-regional trade associations, such as the European Union-Central American Trade Association, will bring about the strengthening of competition policies, both at national and regional levels, to combat cross-border anti-competitive practices. 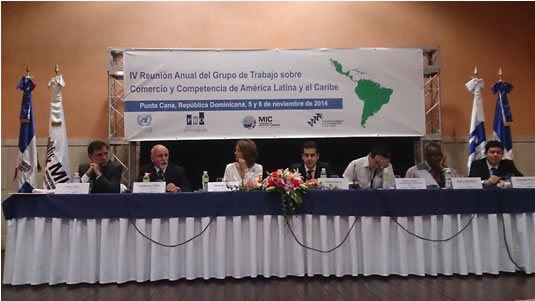