United Nations responds to sovereign debt crises by adopting principles, with UNCTAD support, that could underlie a new legal framework and regulatory mechanisms.

In what was hailed as a historic breakthrough in international law, a United Nations (UN) committee has unanimously adopted nine principles upon which new regulatory mechanisms could be built to tackle sovereign debt crises.

UNCTAD, as the focal point for debt issues in the UN, has long advocated for international rules and mechanisms to better manage sovereign debt problems along the lines commonly found at the national level. UNCTAD was entrusted by the UN General Assembly with the task of sharing its expertise with the committee.

The principles will form a resolution to be put to the vote at the United Nations General Assembly at its upcoming session and it is expected to pass, Sacha Llorenti, committee chair and Permanent Representative of the Plurinational State of Bolivia to the UN, told a press conference at the UN in New York on 28 July.

Mr. Llorenti said the move on the part of the General Assembly to tackle sovereign debt crises, such as those that have hit Argentina, Greece, Ukraine and Puerto Rico, was "unprecedented" and "historic".

Carlos Alberto Bianco, Secretary of International Economic Relations at Argentina's foreign ministry, said that he envisaged the principles as the basis for regulation of "vulture funds" with which his country is still in conflict.

Richard Kozul-Wright, UNCTAD's Director of the Division on Globalization and Development Strategies, said that by adopting principles such as sovereign immunity and equitable treatment, the UN was the taking the first step toward plugging a "major gap in the international system".

"UNCTAD, ever since the Latin American debt crisis of the early 1980s, has been advocating very strongly for an equivalent at the international level [to national bankruptcy rules] … and for clear, consistent and fair rules that allow countries that find themselves with problems of excessive debt to work through that problem in a way that does not excessively damage their people and prospects for future growth," Mr. Kozul-Wright said.

"What has been achieved … marks a very important first stage in moving towards a more rational way of handling sovereign debt crises, from the very fragmented, unfair system that we have," he added.

Denis G. Antoine, Permanent Representative Of Grenada, speaking on behalf of the President of the General Assembly, said: "The adoption of the report of the Ad Hoc Committee today at the conclusion of its work, for submission to the General Assembly, including the Chairs' summary and its principles on sovereign debt restructuring, reaffirms the central role of the United Nations General Assembly in contributing to the review of the international financial and economic architecture. I convey my appreciation to the Secretariat, particularly UNCTAD, for supporting the Ad hoc Committee in its work." 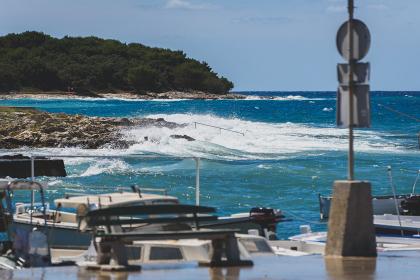