Unsafe consumer products cost the US economy $1 trillion each year

Injuries and death caused by consumer products represent a massive drag on the economy, according to the United States Consumer Product Safety Commission

When people are injured or killed by hazardous consumer products, society pays – economically as well as emotionally – and in the United States the price tag comes to around $1 trillion each year, according to Richard O'Brien of the US Consumer Product Safety Commission.

Mr. O'Brien, who was speaking on 10 July at UNCTAD’s Intergovernmental group of experts (IGE) on consumer protection law and policy, said the yearly economic drag of unsafe children's toys and faulty stepladders, for example, comes to about $2,800 per person.

To put that in perspective, he said the figure is equal to the entire per capita GDP of 39 countries.

"If this is the case for the United States, can you imagine the impact of the economic drag for consumer product injuries and deaths and countries that are still struggling to implement effective product safety policies?" he asked. 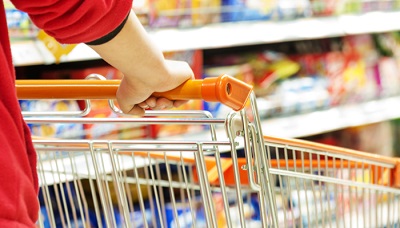 More important, he said, the harm caused when children around the world choke on pieces of badly-built toys or grandparents fall from faulty stepladders is often preventable because the products were already known hazards.

Unfortunately, warnings issued in one country don't always make it to consumers in another, and Mr. O'Brien said it's high time for an international injury data project, calling on UNCTAD to take up the initiative.

"If you’re warning your consumers and industry that a product design is dangerous, wouldn’t other jurisdictions want a chance to warn their consumers?" he asked a room full of government representatives.

"When another jurisdiction announces an alert, if they've done their jobs well, we can all benefit," he said, comparing product safety work to disease prevention.

This is because in a globalized world, goods, just like diseases, cross borders with increasing ease.

When a popular mobile phone’s battery started exploding, for example, the Argentine authorities contacted the provider to see what could be done.

Fernando Blanco, director of the country's consumer protection authority, said the company's response was that he shouldn’t be worried since the specific model of mobile phone wasn’t sold in Argentina.

He disagreed, saying that "in a globalized economy, it doesn't really matter where products are purchased."

Mr. O'Brien said that an international injury data project was under consideration a few years ago and was discussed with the World Health Organization but never found funding.

"Maybe someday, the UNCTAD IGE and the WHO might find a way forward," Mr. O’Brien said. "That would be wonderful."

"The UNCTAD IGE on consumer protection law and policy is the one forum in the world where every central government consumer product safety authority in the world might find a platform to work with their international colleagues," he added.