Representatives from members of the Economic Community of West African States (ECOWAS) met from 9 to 11 March 2016 in Accra, Ghana, to define a regional strategy for the negotiations on the African Continental Free Trade Area.

Following the First Meeting of the Continental Free Trade Area (CFTA) Negotiating Forum in February 2016, the ECOWAS Commission realized that a regional strategy for the CFTA was urgently needed to identify and promote common development interests of the 16 ECOWAS Member States during the negotiations.

The meeting in Accra, organized by the ECOWAS Commission and supported by UNCTAD and the German Development Agency Deutsche Gesellschaft für Internationale Zusammenarbeit (GIZ), served as a basis to start preparing such a strategy.

The Minister of Trade and Industry of Ghana, Ekwow Sio-Garbrah, opened the consultations and stressed in his opening statement the unquestionable importance of trade for growth and development in Africa and, in that context, the importance of free trade areas for successful market integration on the continent.

But he admitted that deriving the expected benefits from the CFTA remained a challenge and stressed the importance of engaging the private sector and financial institutions, calling for all parties, including politicians, public officers, business owners, farmers and others to drive the CFTA.

During the opening statements, UNCTAD reiterated its commitment to supporting African countries in building the CFTA. This includes the support it is providing to the ECOWAS Commission and its member States to prepare for the negotiations - on trade in goods and services in a first phase, and on trade-related areas such as investment, competition and intellectual property rights in a second phase.

The CFTA holds the potential to transform African economies and internal trade, and to put the continent in a position to trade more with the rest of the world and in a more beneficial manner. According to some estimates, the CFTA could increase intra-African trade by about $35 billion per year - 52% above the baseline of 2012.

The meeting ended with ECOWAS Members adopting a regional strategy that will inform their engagement with other African regional economic communities and other African countries in the CFTA negotiations. 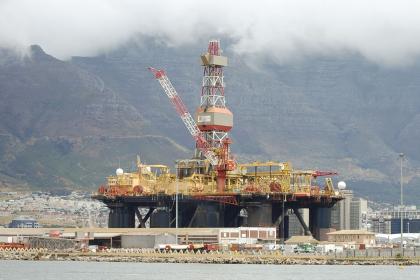