What would you do to make a sale? Some women cross-border traders in Africa navigate corruption, outsmart tricksters and thieves, and even cross crocodile-infested waters to do so. UNCTAD explores how to overcome these barriers. 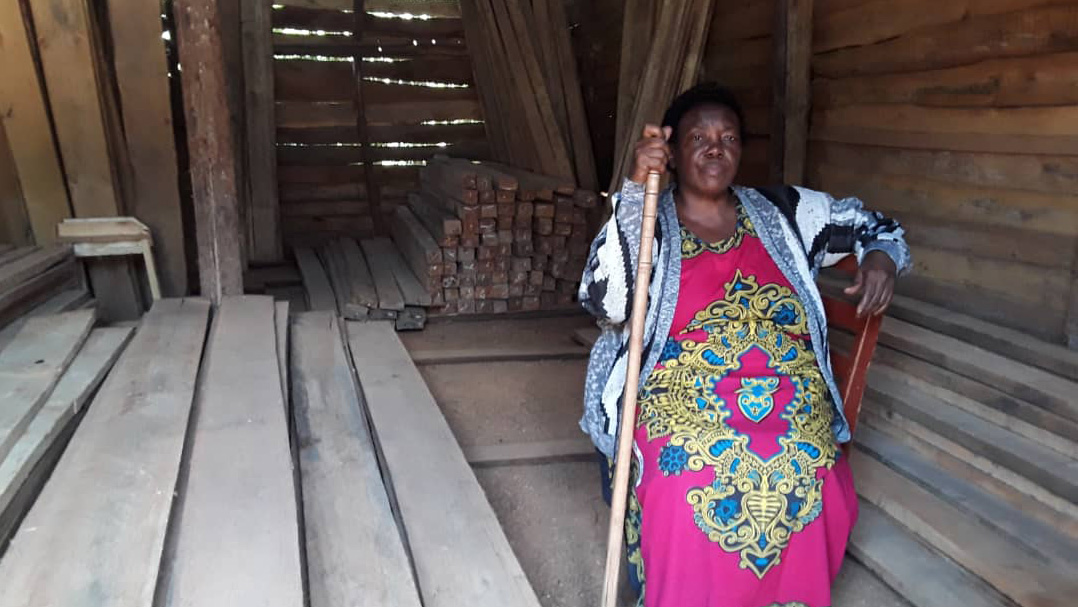 Norah Rukoma is a 64-year-old timber trader and saleswoman from Kigongi, a small Ugandan village situated at approximately 23 kilometres from the Katuna border with Rwanda. She’s headed her family timber business since her husband died in 2003.

For the past 18 years, she has been buying timber from small, individual forest owners who cultivate timber trees in rural areas close by.

She then on-sells the timber to different Rwandan and Ugandan customers, ranging from individuals, such as carpenters, welders or institutions such as schools, churches or construction companies.

Being a businesswoman in Uganda, she says, is a constant fight against prejudices and misconceptions towards women.

“‘You’re doing the wrong business. It’s only meant for men’, is what they tell me,” said Ms. Rukoma, adding that this is what many interested customers say after entering the shop and discovering a woman leads the business.

For the past two years, she’s not only fought stigma, but also restrictive measures at the border where she trades. Since 2019, the flow of goods at the Katuna border between Uganda and Rwanda was stopped, following a disagreement between the two countries.

Then, with COVID-19 restrictions commencing in 2020, all cross-border trade was severely hindered.

Women traders in African countries face a great deal of barriers to trade – some the realm of nightmares – as these intrepid traders do what they can amid, at times, insurmountable impediments to getting their goods to market.

“If trading in Africa were a video game, and each character a women, the character’s encounters would go from bad to worse until the final stage, where you reach the big monster – in this case it could be a thief, or a corrupt official, or a law you didn’t know about, or being asked to do something online when you don’t even have a computer,” said Arántzazu Sánchez, UNCTAD economist.

“You need to be a superhero to be a women cross-border trader to overcome each challenge and still generate an income and livelihood, support your family, or even just survive.”

Exploring and understanding the risks faced by African women cross-border traders is crucial to identifying policies and processes that can lower or remove the barriers and support these traders to become more prosperous and efficient in their work.

Ms. Rukoma’s experience is among the many testimonies collected from participants of UNCTAD’s training course, which documented the experiences of women traders.

Gender issues and trade facilitation are interlinked. “But it is the human experience that drives home just how far this interlinkage goes and how to navigate real-life challenges,” Ms. Sánchez said.

“The World Trade Organization Trade Facilitation Agreement can help address some of these issues, but there needs to be a gender sensitization moment so that people working on the agreement can analyse challenges through a gender lens.”

It also provided the tools to integrate a gender perspective in trade facilitation reforms. It was delivered by gender and trade experts, including UNCTAD’s trade and gender section head Simonetta Zarrilli, the World Customs Organisation’s expert on gender and diversity Johanna Törnström, and Esther Chukambiri, founder of the Malawi Cross border Traders Association.

Going deeper into the gender issue

The training was intense and robust. It included 27 short videos, five quizzes, a multiple-choice exam and a final assignment. It was complemented by three live webinars, structured to encourage more interaction and the exchange of best practices among countries.

Over 150 trade facilitation stakeholders took part, many of whom said the initiative changed their entire perspective.

Joab Otieng’ Omole, from the Kenya Revenue Authority, said it was an eye-opener on gender issues. “It dawned on me that much is yet to be done to ensure gender mainstreaming in policy and decision-making,” he said.

The final assignments submitted included heart-wrenching stories and case studies from cross-border women traders with vivid examples of insufferable but widespread levels of gender-based violence across those countries, including coercion, extortion, discrimination, exploitation, as well as physical, verbal and sexual harassment by border personnel.

“As members of National Trade Facilitation Committees, participants have the power to address these challenges by pushing for trade facilitation reforms that address those hurdles,” Ms. Sánchez added.

Despite the vast challenges across all countries, there are also encouraging developments. For example, the Uganda Revenue Authority has assigned a desk officer at each border, known as “Champion for Women”, who captures entries for small traders and supports them.

The reflections, recommendations and proposals gathered will be used to compile country-specific recommendations that NTFCs in the region could present to their governments.

The training is funded by the UK Foreign, Commonwealth and Development Office via Her Majesty’s Revenue and Customs authority. In Autumn 2021, the course, which has been translated into French and Spanish, will be delivered to a further dozen of countries in Africa, Asia and Latin America. 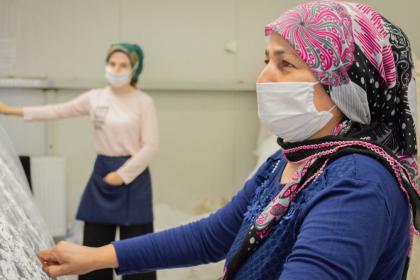