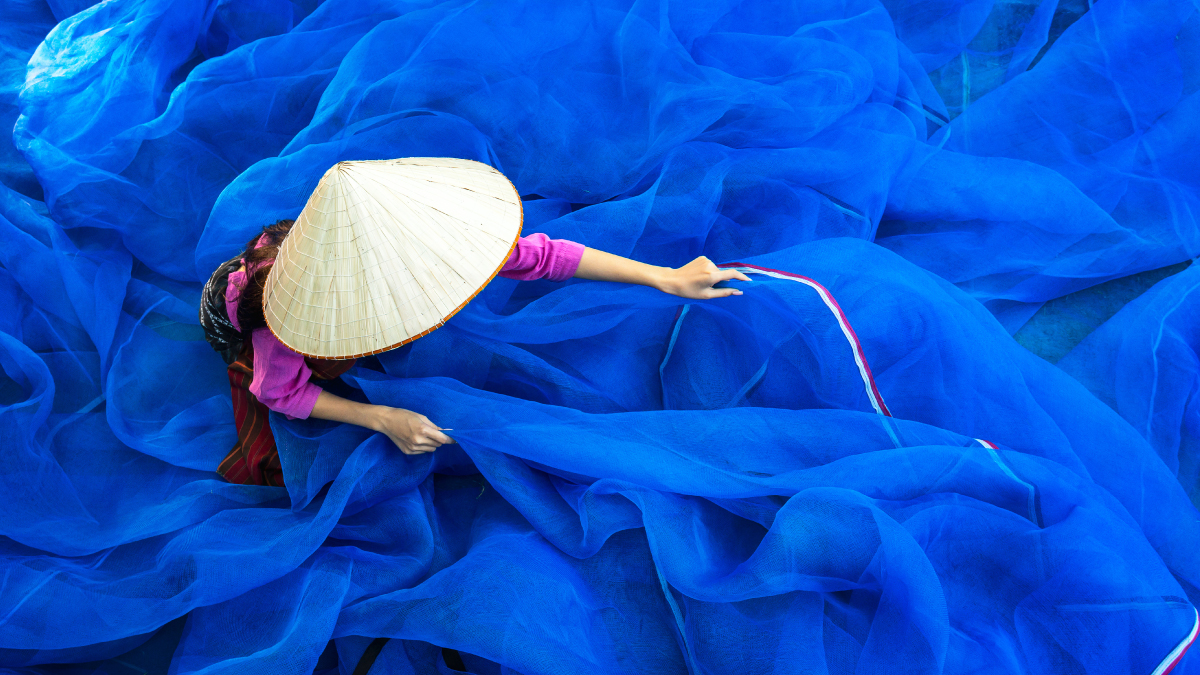 The world’s seventh largest economy based on GDP doesn’t belong to a single country, and isn’t even on land, yet it’s valued at around $3 trillion annually, and supports the livelihoods of more than 3 billion people.

Worryingly, the ocean and the blue economy it supports are not only in severe decline, the current mode of operating is no longer sustainable.

We all rely on the ocean, which covers two-thirds of our planet, to regulate our climate, provide us with food, medicine, energy and even the very air we breathe. Put simply, without a healthy ocean, there is no life on Earth.

But the natural assets that the blue economy depends on are fast eroding under the pressure of human activities.

For example, 34% of all fish stocks are exploited at unsustainable biological levels or overexploited, while 60% are maximally sustainably fished or managed.

This means that we have reached a celling, as 94% of all wild stocks are already being fully utilized, with about one-third exploited in an unsustainable manner.

Further, the ocean is becoming acidic due to increasing levels of carbon dioxide being absorbed by it. Rising water temperatures have killed up to half of the world’s coral reefs, and by 2050 there could be more plastic than fish in the ocean.

Most of the more than 3 billion people who rely on the ocean for their livelihoods live in developing countries. About 90% of all fishers live in these countries too.

Also, 80% of the world’s goods are transported via maritime routes. And between 30% and 50% of the GDP of most small island developing states (SIDS) depends on ocean-based tourism.

We are at a crossroads in history. We can’t afford to continue mismanaging this important global resource whose health is intimately tied to ours. Investing in biodiversity, conservation and sustainable practices is key for a peaceful and prosperous future.

A regenerative and equitable blue economy that is sustainable must be a vital part of the world’s social and economic recovery from the COVID-19 pandemic. It will help cushion us against future global crises by enhancing the resilience of ecosystems and thus livelihoods.

Thankfully, implementing a blue economic approach is possible under the guidance of the UN’s Sustainable Development Goals (SDGs).

UNCTAD has identified the pillars of such an approach: economic growth, conservation and sustainable use of the ocean, inclusive social development, science and innovation, as well as sound ocean governance.

Towards a deep blue vision

We envision a blue economy that derives value from the ocean, seas and coastal areas, while protecting the health of the ocean ecosystem and enabling its sustainable use.

We need to diversify towards economic activities that will have a lower impact on ecosystems, while sustaining livelihoods and stimulating job creation.

The total “asset” base of the ocean is estimated at $24 trillion, excluding intangible assets such as the ocean’s role in climate regulation, the production of oxygen, temperature stabilization of our planet, or the spiritual and cultural services the ocean provides.

Instead of focusing only on the returns from harvesting and extracting the ocean’s resources, we need to realize the monetary value of conserving marine life.

All hands on deck

Governments around the world can set a new course. We know the overwhelming cost benefit of nature-based solutions. It’s possible to combine production from the ocean while protecting its economic, social and environmental value for the future.

Coastal countries must prioritize ocean, marine and coastal resources and ecosystems in their strategies for trade, the environment and climate change as well as in their actions to promote sustainable development.

Countries such as the Seychelles are walking the talk. It has declared 30% of its waters protected areas, well beyond the 10% target set by SDG14, restricting activities in the protected area to balance economic needs with environmental protection.

Other nations rising to the challenge are Vanuatu, which is producing and consuming renewable energy from wind turbines and coconut oil, as well as Fiji, which banned single-use plastic this year to stem the pollution of its waters.

Science needs to drive these efforts and inform policymaking and regulations. The UN Decade of Ocean Science, which starts next year, will be an opportunity to maximise the benefits of effective science-based management of our ocean space and resources.

Regulation is of prime importance for food security and to ensure harvesting and trade in marine resources is transparent, traceable, certified, sustainable and safe, to meet consumers’ growing need for sustainably sourced products and services.

Sustainable biodiversity-based value chains, products and services in ocean-based sectors should adhere to internationally agreed criteria of sustainability, such as the blue BioTrade principles.

As part of this effort, UNCTAD and the UN Division for Ocean Affairs and the Law of the Sea are launching the first-ever oceans economy and trade strategy in Costa Rica.

In addition, a pilot blue BioTrade project to make the queen conch value chain more sustainable in the eastern Caribbean region is on the cards.

Harmful fisheries subsidies must end, and governments need to shift the allocation of public funds to fish stock management and ecosystem restoration, instead of fuelling overcapacity, overexploitation, inequalities, human and wildlife trafficking.

UNCTAD has been supporting negotiations on fish subsidies at the World Trade Organisation by providing a safe platform for dialogue and targeted research on key options and alternatives for a multilateral outcome.

Binding measures to be taken by governments include finalising negotiations of the High Seas Treaty to enable the conservation and sustainable use of marine biodiversity in areas beyond national jurisdiction.

New technologies and satellite data can combine data sources that are enabling unprecedented insights into the ocean, in terms of mapping, surveillance and enforcement.

Such transparency is uncovering more than illegal, unreported and unregulated (IUU) fishing. We now have insights into the economics of fishing on the high seas, the relationship between IUU fishing and bonded labour and where to best establish marine reserves, and the capacity to provide data for enforcement.

Innovative financial instruments such as blue bonds and blended financing are needed to fund the shift towards more sustainable ocean sectors. For instance, in 2019, Morgan Stanley, working with the World Bank, sold $10 million worth of blue bonds with of the aim solving the challenge of plastic waste pollution in oceans.

Investment in applied marine-based research, development and knowledge sharing should also be increased. To this end, UNCTAD has established regional centres of excellence with partner institutions in Vietnam and Mauritius, enabling the sharing of experiences, technical knowledge and fisheries’ inputs.

SIDS and coastal communities are vital to preserving the ocean and will need global support to conserve and develop a blue economy that benefits not only local populations but humanity as a whole.

We need more individual and collective action if we are to build a sustainable blue economy that leads to prosperity for all. 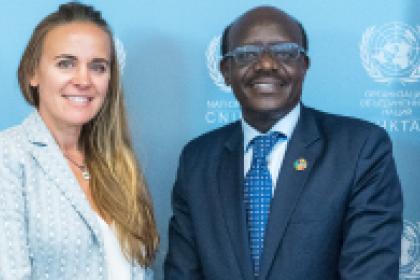