Workshop being held in Lesotho on services trade negotiations

The Government of Lesotho, in collaboration with the SADC (Southern African Development Community) Secretariat and the German Society for International Cooperation (GIZ), with the support of UNCTAD, is organizing a National Seminar on Trade in Services Negotiations from 2 to 4 July in Maseru, Lesotho.

The objectives of the workshop are to bring together all stakeholders to prepare for the SADC and SADC-EU Economic Partnership Agreement (EPA) services negotiations, and to discuss liberalisation options and possible market opening offers in selected sectors under the SADC trade in services and EPA services negotiations with the EU.

Services policy-makers, regulators and providers from all services sectors are attending this workshop. Lesotho is currently engaged in the integration of services markets under SADC, where negotiations in the area of trade in services were launched in April 2012. In parallel to these negotiations, Lesotho is part of the SADC configuration negotiating an Economic Partnership Agreement with the European Union. Similar workshops will be organized with the support of UNCTAD for other SADC countries.

UNCTAD has assisted SADC countries since the year 2000 as they have developed their framework for the liberalization of services trade within the region. UNCTAD has helped Member States of SADC in the formulation of the SADC Protocol on Trade in Services which was adopted by Ministers of Trade in July 2009 and will be submitted to the SADC Summit for approval in August 2012. This assistance further focussed on supporting SADC countries in developing a coherent approach to national services policy formulation as well as regional and multilateral trade negotiations so as to ensure that SADC countries reap the benefits and successfully address the challenges associated with diversification of their economies.

The Government of Lesotho and the stakeholders will be able to draw from the findings of the Services Policy Review initiated in 2011 with the support of UNCTAD and which reviewed the policies and options for Lesotho in reforming its services economy and of three priority sectors, namely tourism, financial services and professional medical services.

The findings of the Services Policy Review were presented to national stakeholders at a meeting organized jointly by the Lesotho Ministry of Trade, Industry, Cooperatives and Marketing and UNCTAD in January 2012. Recommendations and an action plan were adopted by the stakeholders, and now form part of the strategy that the Government of Lesotho is developing for its services sector which will also inform their negotiating positions in the SADC and SADC-EU EPA negotiations.

Services Policy Reviews have also been supported by UNCTAD for Uganda, Rwanda, Nepal and the Kyrgyz Republic. 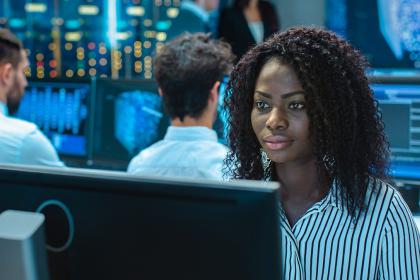 Call for a global services-led transformation, community for post-pandemic recovery