“Despite the pandemic, FDI to and from the region remained resilient in 2020. Developing Asia is the only region recording FDI growth, accounting for more than half of global inward and outward FDI flows,” said UNCTAD’s director of investment and enterprise, James Zhan.

“FDI prospects in 2021 for Asia are more favourable than the global average, because of recovery in trade, manufacturing activities and a strong GDP growth forecast,” he added.

More than half of global flows

The region, already the world’s largest FDI recipient in 2019, received more than half of global FDI. Growth was driven by China, Hong Kong (China), India and the United Arab Emirates. Elsewhere in the region, FDI contracted. In economies where FDI is concentrated in tourism or manufacturing, contractions were particularly severe.

Flows to East Asia rose by 21% to $292 billion, inflated by the FDI recovery in Hong Kong (China), which surged by 62% (to $119 billion), after a sharp fall of FDI in 2019 and due to corporate reconfigurations by multinational enterprises (MNEs) headquartered in the economy.

In China, FDI growth picked up pace in 2020 (growing by 6% to $149 billion), reflecting the country’s success in containing the pandemic and its rapid GDP growth recovery. The growth was driven by technology-related industries, e-commerce and research and development.

In the Republic of Korea, FDI declined by 4% to $9 billion. Though the country was among the earliest to contain the COVID-19 outbreak and economic growth remained strong, a large drop in cross-border mergers and acquisitions (M&As) due to large divestments led to a decline in investment.

South-East Asia, an engine of global FDI growth for the past decade, recorded a 25% FDI contraction to $136 billion.

Singapore, Indonesia and Viet Nam, the region’s largest FDI recipients in that order, all recorded FDI declines. FDI to Singapore fell by 21% to $91 billion, to Indonesia by 22% to $19 billion, and to Viet Nam by 2% to $16 billion.

In Thailand, FDI sank to -$6 billion, driven by the divestment of Tesco (United Kingdom) to a Thai investor group for $10 billion. In Malaysia, FDI fell by 55% to $3 billion. FDI in Cambodia was flat at $3.6 billion thanks to inflows in finance. In Myanmar, FDI dropped 34% to $1.8 billion.

FDI fell in other South Asian economies that rely on export-oriented garment manufacturing. Inflows in Bangladesh and Sri Lanka contracted by 11% and 43% respectively. In Pakistan, FDI was down by 6% to $2.1 billion, cushioned by continued investments in power generation and telecommunication industries.

FDI in the United Arab Emirates rose by 11% to $20 billion because of significant acquisitions in the energy sector. FDI in Saudi Arabia remained robust; inflows increased by 20% to $5.5 billion, with investments concentrating in financial services, retail, e-commerce and ICT.

FDI in Turkey decreased by 15% to $7.9 billion. Investment picked up towards the end of the year ($2.3 billion in Q4), preventing a steeper decline.

Outward FDI (OFDI) from Asia increased by 7% to $389 billion – again, the only region recording expansion in outflows. This underscores the region’s prominence as an important investor for the developing region.

The growth was driven by strong investment from Hong Kong (China) and Thailand. China, the largest investor country in 2020, saw OFDI stabilizing at $133 billion. The country’s tighter screening of OFDI, added to heightened scrutiny by the United States of investments originating from China, weighed on the country’s OFDI since 2017.

FDI prospects for the region are more favourable than the global outlook, with a projected growth of 5% to 10%, thanks to resilient intraregional value chains and strong economic growth prospects. Signs of trade and industrial production recovering in the second half of 2020 provide a strong foundation for FDI growth in 2021.

Manufacturing, an important FDI sector for the region, already showed signs of recovery in the second half of 2020. However, in smaller economies oriented towards services and labour-intensive industries, particularly hospitality, tourism and garments, FDI could decline further in 2021. 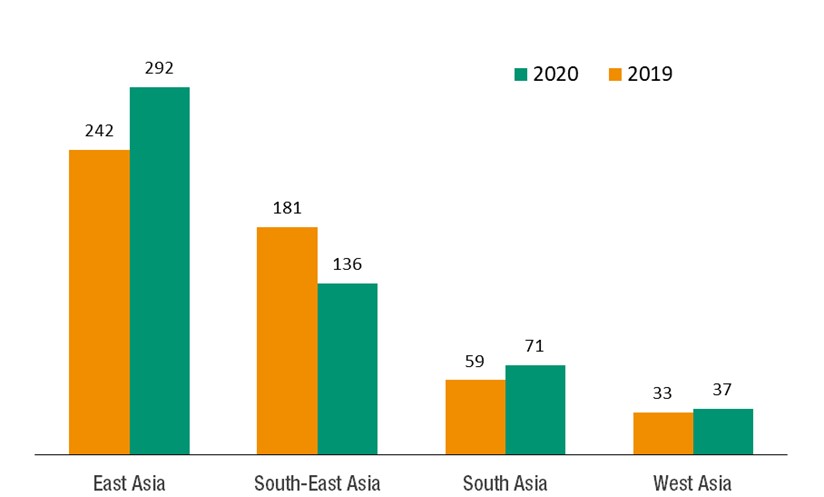 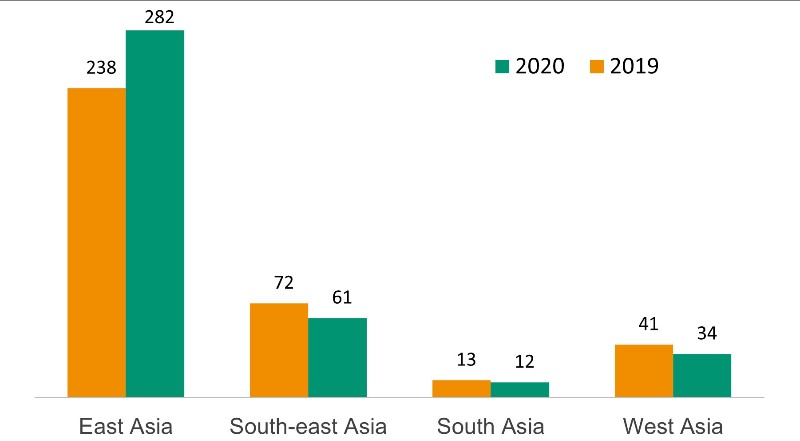