​Foreign Direct Investment inflows to Africa rose by 4 per cent to $57 billion in 2013, driven by international and regional market-seeking investments as well as infrastructure investments, according to UNCTAD’s World Investment Report 20141.

The report, which contains the latest global investment data, looks forward to the Sustainable Development Goals (SDGs) and is subtitled Investing in the SDGs: An Action Plan.

Expectations for sustained economic and population growth continue in Africa to attract market-seeking FDI into consumer-oriented industries. Intraregional investments are increasing. Most of the outflows were directed to other countries in the continent, paving the way for investment-driven regional integration.

FDI flows into North Africa declined by 7 per cent to $15.5 billion. However, the overall level of FDI in the region remained relatively high, and investors appear to be ready to return. FDI flows to Egypt fell by 19 per cent but remained the highest in North Africa at $5.6 billion (figure 1). Most of the neighbouring countries saw increasing flows. Morocco and Sudan attracted more than $3 billion each.

In West Africa, FDI inflows declined by 14 per cent, to $14.2 billion, much of that due to decreasing flows to Nigeria. By contrast, in 2013 Ghana, Gabon and Côte d’Ivoire started to produce oil, attracting considerable investment from foreign transnational corporations (TNCs). Central Africa attracted $8.2 billion of FDI in 2013, a fall of 18 per cent from the previous year.

FDI flows into East Africa surged by 15 per cent to $6.2 billion, driven by rising flows to Kenya and Ethiopia. Kenya is developing as a favoured business hub, not only for oil and gas exploration in the subregion, but also in industrial production and transport services. Ethiopia’s industrial strategy is to attract Asian capital in order to develop its manufacturing base.

In Southern Africa inflows almost doubled to $13 billion, mainly due to record-high flows into South Africa and Mozambique (figure 1). In both countries, infrastructure was the main attraction. In Mozambique, investments in the gas sector also played a role.

Intra-African investments are increasing, led by South African, Kenyan, and Nigerian TNCs. Between 2009 and 2013, the share of announced cross-border greenfield investment projects originating from within Africa rose to 18 per cent of the total, from less than 10 per cent in 2003-2008 (figure 2). For many smaller, often landlocked or non-oil-exporting countries in Africa, intraregional FDI is a significant source of foreign capital.

Intra-African projects are concentrated in manufacturing and services (figure 3). Intraregional investment could contribute to the build-up of regional value chains. Increasing intra-African FDI is in line with leaders’ efforts towards deeper regional integration. However, for most subregional groupings, intra-group FDI represents only a small share of intra-African flows (figure 4). Only in two regional economic cooperation (REC) initiatives does intra-group FDI make up a significant part of intra-African investments – in the East African Community (EAC), with about half, and the South African Development Community (SADC) with more than 90 per cent. This was largely due to investments in neighbouring countries by the dominant outward investing economies in these RECs, respectively Kenya and South Africa. 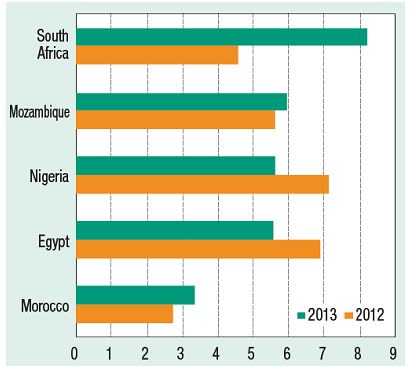 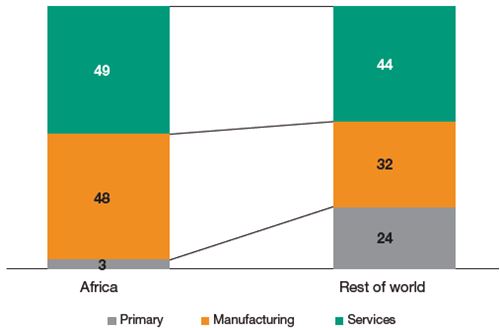 
Figure 4. Announced value of FDI greenfield projects in manufacturing and services in RECs, cumulative 2009 - 2013
(billions of dollars and per cent)