﻿
Press Release
For use of information media - Not an official record
UNCTAD/PRESS/PR/2022/003/Corr.1

The UN’s trade and development body has downgraded its global economic growth projection for 2022 to 2.6% from 3.6%   due to the Ukraine war and to changes in macroeconomic policies made by countries in recent   months.

While Russia will experience a deep recession this year, significant slowdowns in growth are expected in parts of Western Europe and Central, South and South-East Asia (Table 1.1.).

The ongoing war in Ukraine is likely to reinforce the monetary tightening trend in advanced countries following similar moves that began in late 2021 in several developing countries due to inflationary pressures, with expenditure cuts also anticipated in upcoming budgets. UNCTAD is worried that a combination of weakening global demand, insufficient policy coordination at the international level and elevated debt levels from the pandemic, will generate financial shockwaves that can push some developing countries into a downward spiral of insolvency, recession and arrested development.

“The economic effects of the Ukraine war will compound the ongoing economic slowdown globally and weaken the recovery from the COVID-19 pandemic,” UNCTAD Secretary-General Rebeca Grynspan said. “Many developing countries have struggled to gain economic traction coming out of the Covid-19 recession and are now facing strong headwinds from the war. Whether this leads to unrest or not, a profound social anxiety is already spreading.”

Even without lasting financial market disruptions, developing economies will face severe constraints on growth. During the pandemic, their public and private debt stocks have increased. And issues that receded from view during the pandemic, including high corporate leverage and rising household debt in middle-income developing countries, will resurface as policy tightens.

The war has put further upward pressure on international prices of energy and primary commodities (Figure 4.1.), stretching household budgets and adding to production costs, while disruptions to trade and    the effects of sanctions are likely to have a chilling effect on long-term investment. Coming just as pandemic-induced disruptions seemed to subside, the geopolitical crisis has dealt a blow to confidence domestically. “The added pressure of price increases is intensifying calls for a policy response in advanced economies, including on the fiscal front, threatening a  sharper than expected slowdown in growth,” the UNCTAD report released on Thursday says.

Soaring food and fuel prices will have an immediate effect on the most vulnerable in developing countries, resulting in hunger and hardship for households who spend the highest share of their income on food (Figure 4.3). But the loss of purchasing power and real spending will ultimately be felt by everyone. “The danger for many of the developing countries that are heavily reliant on food and fuel imports is more profound as higher prices threaten livelihoods, discourage investment and raise the specter of widening trade deficits,” the report says. 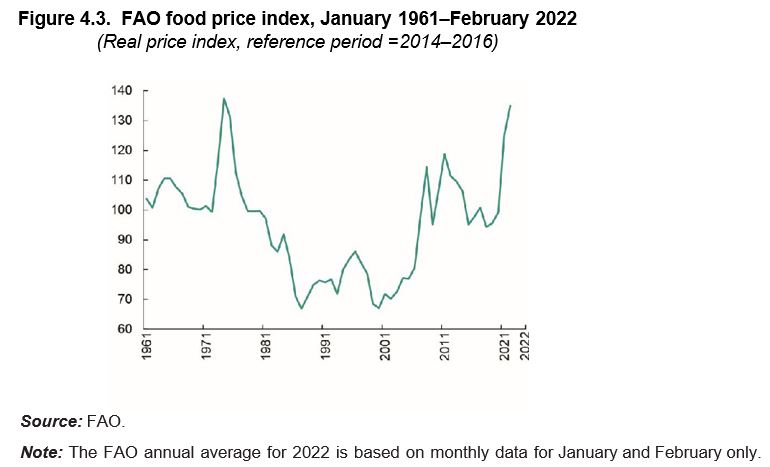 Of growing concern, the report adds, are the uncertainties generated by the war in key international markets: an environment of volatile capital flows, exchange rate instability and rising borrowing costs, particularly for least developed and middle-income developing countries, with the risk of serious external debt payment difficulties.

Rate hikes in advanced economies, alongside disorderly movements in global financial markets, could, the Report warns, prove a devastating combination for developing economies. Volatility in commodity, currency (Figure 1.1.) and bond markets, as investors seek out safe havens, have already triggered capital flight (Figure 5.6.) along with higher risk premia on the financial liabilities of developing economies. 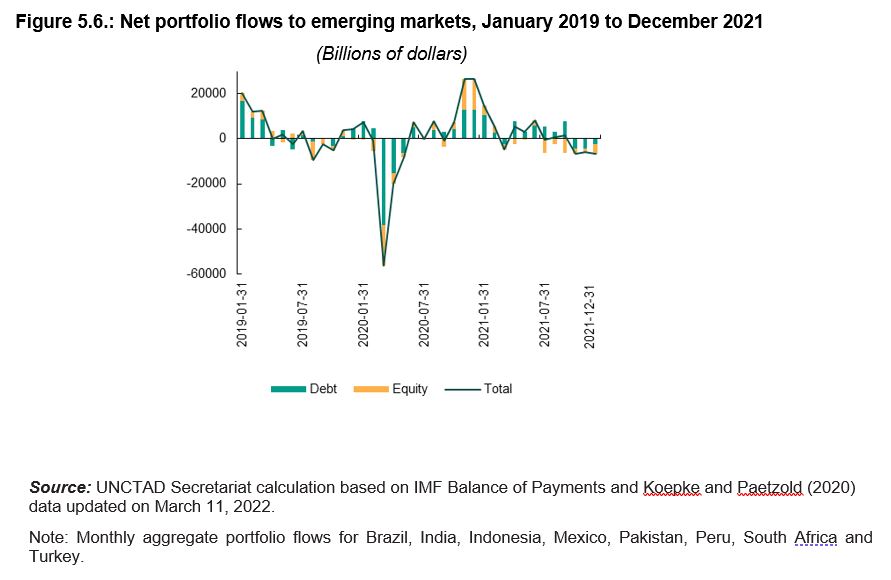 Developing country bond yields have been on the rise since September 2021 (Figure 5.1.) The increase is widespread and is a clear signal of tighter financial conditions. Since the breakout of the conflict in Ukraine yields have increased for developing countries by a further 36 basis points, on average, with countries heavily dependent on food imports experiencing higher increases (Figure 5.4.).

The Report warns that traditional financial indicators such as current account positions and foreign reserves do not give a full picture of the vulnerability to changing external financial conditions. Measures of financial integration are a better gauge with many large developing economies vulnerable to sudden reversals in financial flows. 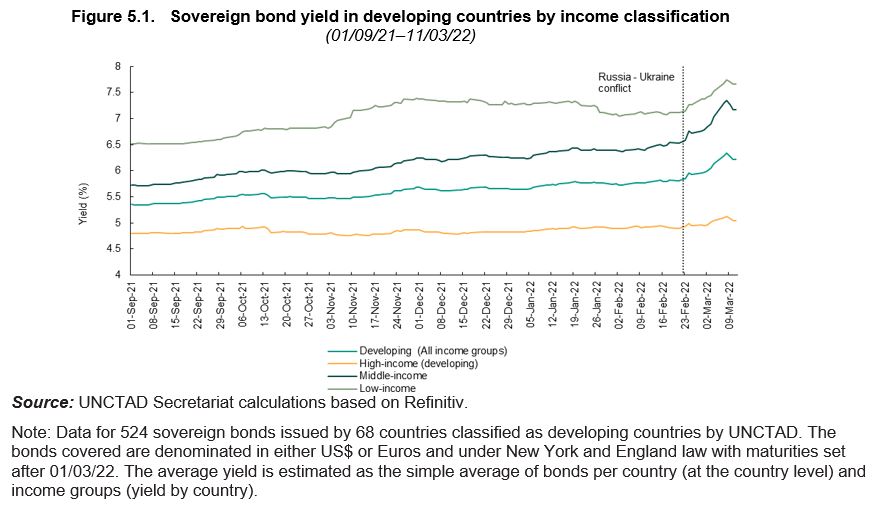 The report points to short-term public debt servicing needs as a growing concern (Figure 5.3.). Developing countries are projected to require US$ 310 billion to meet external public debt service requirements in 2022 – equivalent to 9.2 per cent of the outstanding stock of external public debt at the end of 2020. Countries which appear vulnerable to a sudden stop due to a combination of large rollover pressures and a large debt service to export ratio include Pakistan, Mongolia, Sri Lanka, Egypt and Angola. Three of these, Pakistan, Egypt and Angola, already have long-term IMF programmes in place.

According to the report, the main advanced economies are on course to reverse the stimuli enacted during the pandemic, by tightening policy rates, unwinding central bank asset purchases and closing down furlough programmes, transfers and support to businesses and households. This is happening even though inflation has not yet led to sustained wage growth, making the threat of wage-price spirals unfounded.

The report warns that these shifts will weaken global demand and dampen growth, with investment already stalling in some countries. The threat of a sharper drop in investment and growth cannot be ruled out if interest rates rise far too quickly and with the climate challenge bumped off the news headlines. This is the wrong policy trend at the wrong time.

The report notes that developing countries, which have incurred larger costs to cope with the pandemic, face additional constraints on demand and balance of payments obligations as a result of the recent policy shift in advanced economies. 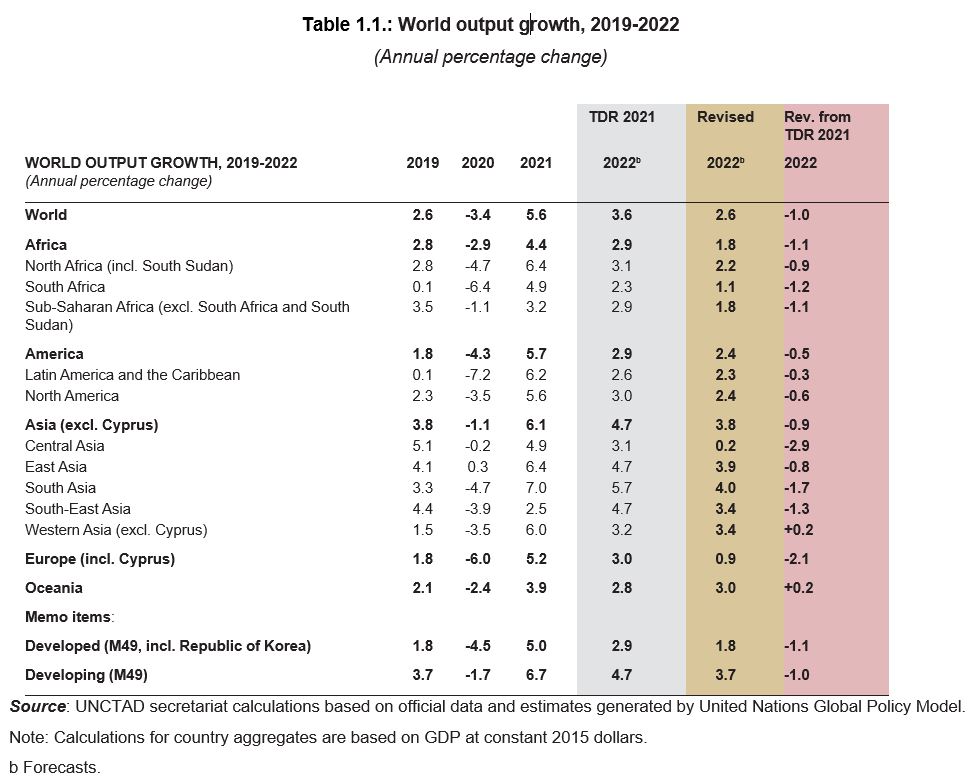 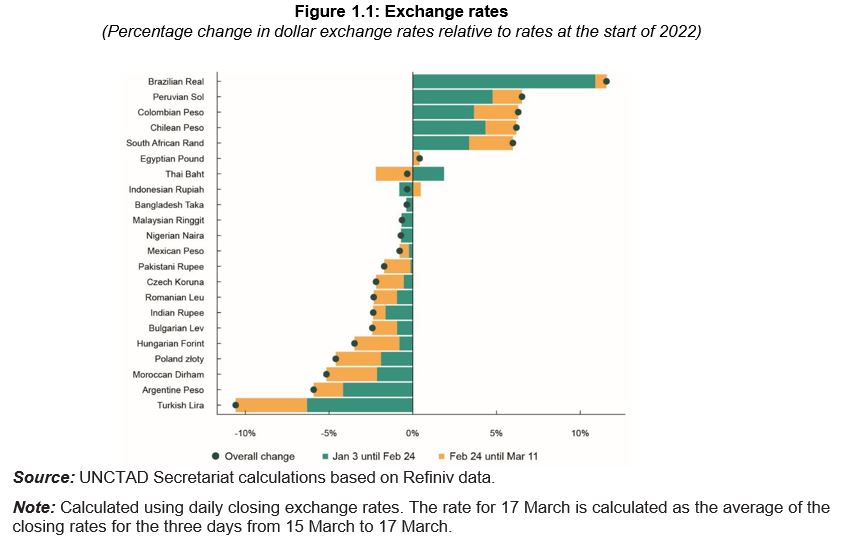 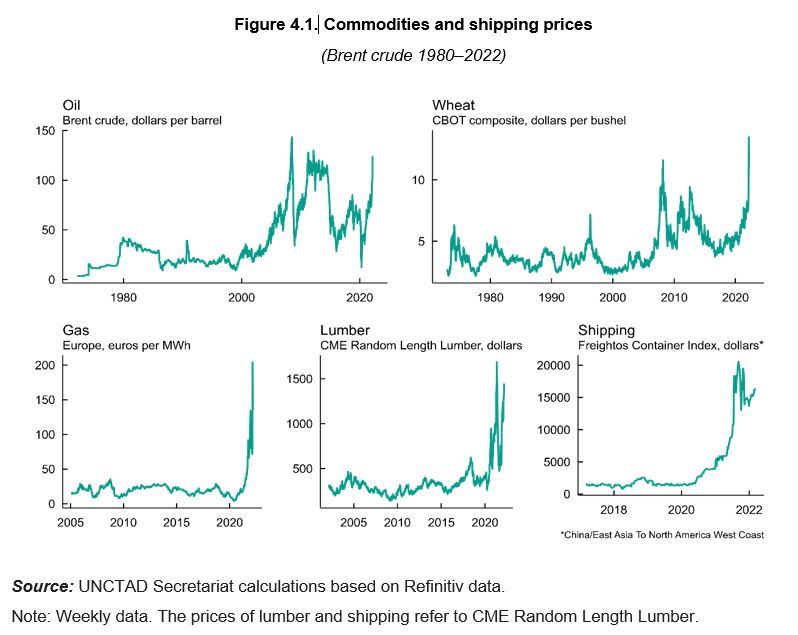 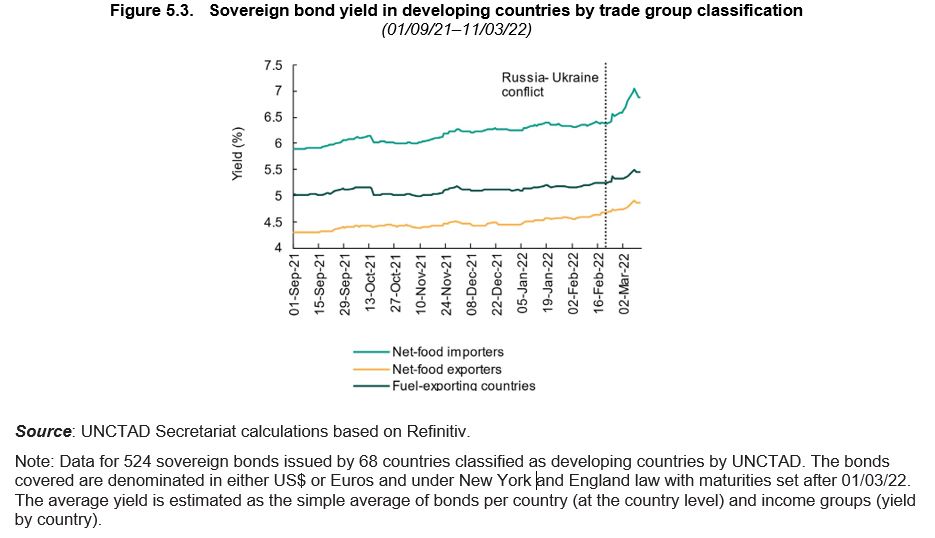 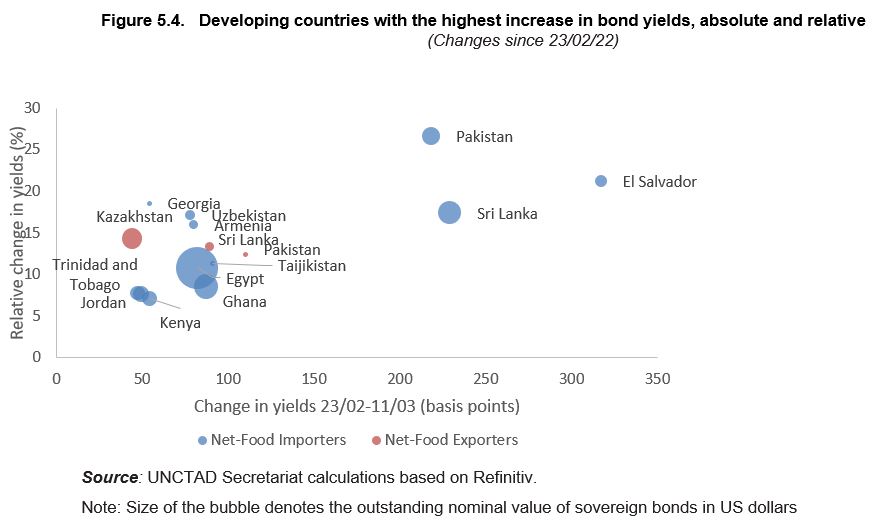 UNCTAD is the UN trade and development body. It supports developing countries to access the benefits of a globalized economy more fairly and effectively and promotes a positive multilateral agenda to help them to deal with the potential drawbacks of greater  economic integration.

It provides analysis, facilitates consensus-building and offers technical assistance to help developing countries use trade, investment, finance and technology as vehicles for inclusive and sustainable development.