What are the Least Developed Countries?

This list is reviewed every three years by theCommittee for Development Policy, a group of independent experts that reports to the United Nations Economic and Social Council (ECOSOC). In reporting to ECOSOC, the committee may recommend countries for addition to, or exclusion from (so-called “graduation” from), the list of LDCs.

The committee used per-capita income, human assets, and economic vulnerability criteria in its most recent review in March 2018 (see box below). For all three criteria, the committee uses different thresholds to identify countries to be added to the category and for countries which will graduate.

A country will qualify to be added if it meets the addition thresholds on all three criteria and does not have a population greater than 75 million. Qualification for addition to the list will effectively lead to LDC status only if the relevant country accepts this status.

A country will typically qualify for graduation from LDC status if it has met graduation thresholds under at least two of the three criteria in at least two consecutive triennial reviews of the list.

However, if the three-year average per-capita gross national income of a least developed country has risen to a level at least double the graduation threshold (i.e., $2,460), and if this performance is considered sustainable, the country will be deemed eligible for graduation regardless of its score under the other two criteria.

The overall graduation landscape following the March 2018 review comprises:
• Five cases of graduation: Angola, Bhutan, Sao Tome and Principe, Solomon Islands and Vanuatu, of which two have a known graduation date: Vanuatu (December 2020) and Angola (February 2021);
• Two hypothetical graduation cases, subject to a decision by member States: Kiribati and Tuvalu
• Two cases in which the Committee for Development Policy deferred consideration of the question of graduation: Nepal and Timor-Leste
• Three cases of pre-eligibility for graduation (and likely full eligibility in 2021): Bangladesh, the Lao People’s Democratic Republic and Myanmar

This means that as of 2018 there were 12 countries eligible or pre-eligible for graduation from LDCs. Adding these 12 qualifying cases to the two countries that have graduated since 2011 (Samoa and Equatorial Guinea) – and considering the addition of South Sudan in 2012 – the overall graduation performance by 2018 amounts to a 29% qualification ratio.

This will remain unchanged until 2020, as the next review by the Committee for Development Policy is scheduled for 2021.

Five countries have graduated from LDC status since the United Nations devised the category in 1971:
• Botswana in December 1994
• Cabo Verde in December 2007
• The Maldives in January 2011
• Samoa in January 2014
• Equatorial Guinea in June 2017 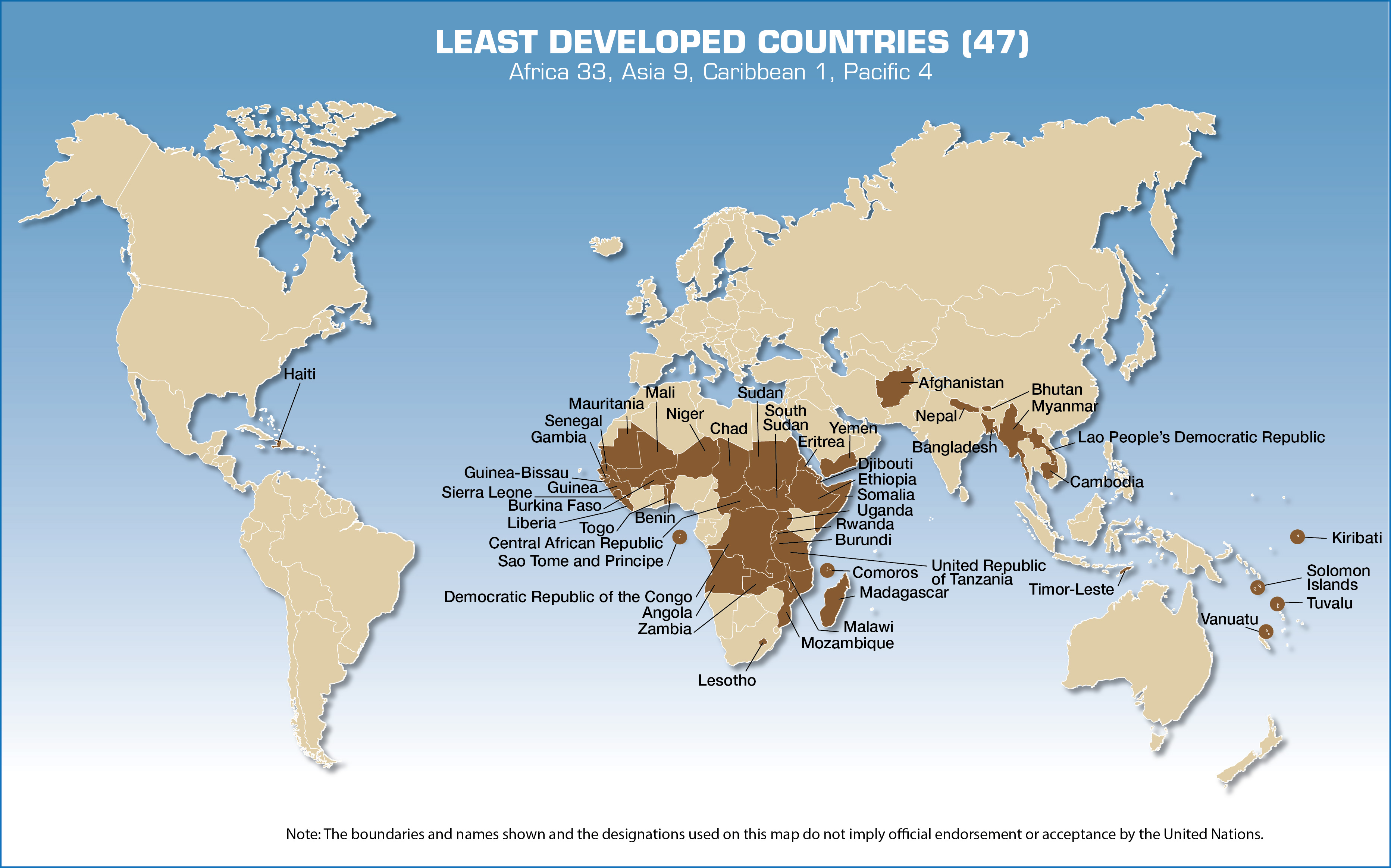