This study addresses the question of extraterritoriality (extraterritorial jurisdiction) in the area of competition law. That is, it examines whether or not domestic competition legislation applies to foreign entities that may not be present in the forum1, but whose conduct harms or may harm local consumers or producers. It also analyzes existing enforcement track record and hurdles involved in such cases. Transnational conduct can take the form of price-fixing among foreign producers, an abuse of dominant position, or a merger between foreign firms.

Transnational violations of competition law cause significant harm. Connor estimates that between 1990 and 2016, the private international cartels that were detected affected sales of over $51 trillion worldwide.2 The overcharges exceeded an estimated $1.5 trillion globally.3 While inflated margins are endemic to cartels, international cartels overcharge much more than similar domestic arrangements. Furthermore, unlike in a domestic setting, such competitive harm is not just a matter of redistribution of resources between producers and consumers. It also constitutes an extraction of wealth from the affected state to the state hosting violators. Given most transnational enterprises are located in the global North, competitive harm can be seen as illegal transfers of wealth to shareholders in developed states. Hence, transnational anticompetitive conduct may be further deepening the divide between developing and developed countries, which the international community endeavours to address.

Hitherto, extraterritorial enforcement of competition law was analyzed mainly from the perspective of well-established competition law systems, hence predominantly developed states, which were the first to use extraterritoriality to protect their markets. Broader comparisons of legal systems were made from only limited perspectives, largely due to the lack of empirical data.6 This study contributes to narrowing the gaps in our knowledge of the nature and gravity of challenges involved in dealing with transnational anticompetitive practices in transition economies. It examines existing frameworks and practices of developed countries and transition economies7 and provides an overview of the key practical and systemic challenges faced by enforcers in such countries.

These empirical findings support the design of workable solutions that can be implemented to strengthen domestic competition systems. They also help identify areas requiring further collective efforts. The gathered data is qualitative in nature and suffers from the usual related limitations, for example it is not comprehensive. However, it provides a unique examination of the situation on the ground across the developing world.

This paper is written by Dr. Marek Martyniszyn, Senior Lecturer in Law, Queen’s University Belfast. It benefited from guidance of Ebru Gökçe, RPP Coordinator, and overall supervision of Teresa Moreira, Head, Competition and Consumer Policies Branch, UNCTAD. This research project was conducted in the framework of the UNCTAD Research Partnership Platform. 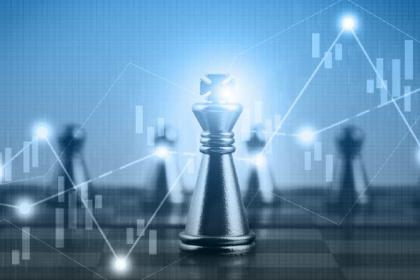