Landlocked developing countries (LLDCs) face multiple trade and development challenges. In addition to their geographical predicaments and remoteness from international markets, most of these countries are commodity dependent.

During the same period, the median share of exports represented by primary commodities among those countries stood at 84.7 per cent. From 1995 to 1997, the same figure was 83.2 per cent. Hence, over time, the degree and extent of commodity dependence has increased in those countries with little or no sign of diversification of exports.

The question is, to what extent does the state of being landlocked keep LLDCs in the production and export of primary commodities? According to work undertaken by UNCTAD, including in the context of the present study, although geographical isolation and remoteness from international markets can pose formidable challenges to those countries, these are not insurmountable.

The present study argues that despite the challenges, the case for diversification and structural economic transformation remains more persuasive for LLDCs today than ever before. Empirical and historical evidence suggests that diversification, value addition and retention are key to attaining overall development objectives.

The study also underscores the importance of joining regional and global commodity value chains and the urgency for those countries to take advantage of their natural resources wealth by enacting sound development polices and strategies that put productive capacities and structural economic transformation at the centre.

The findings, conclusions and policy recommendations contained herein are expected to highlight the plight of commodity-dependent LLDCs during the forthcoming global summits and conferences, including the fourteenth session of the United Nations Conference on Trade and Development. 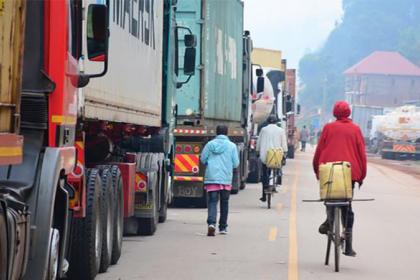