Richard Baldwin is Professor of International Economics at the Graduate Institute (Geneva), ex-President of the Centre for Economic Policy Research (London), and Founder of VoxEU.org.

He is the author of the recently published book The Globotics Upheaval: Globalization, Robotics, and the Future of Work.

In addition to his research and teaching, he advises governments and international organisations around the world on globalisation and trade policy issues.

In 1990-91 he served as a Senior Staff Economist for President George Bush's Council of Economic Advisors, having completed his PhD in economics at MIT with Paul Krugman (with whom he has published a half dozen articles).

His previous book, The Great Convergence: Information technology and the New Globalisation, was published in November 2016 and cited by Lawrence Summers (former Chief Economist at the World Bank) as one of the 5 most important books on globalisation ever. 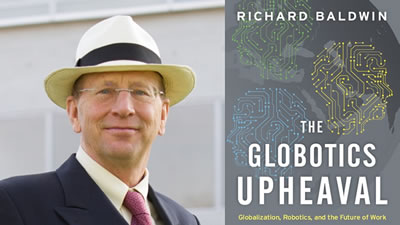 Synopsis of the lecture: How Globotics is Transforming Development Journeys

Digital technology is transforming globalisation and robotics ('globotics') at a furious pace, and thus changing the opportunities and challenges facing developing and developed economies.

Digitech is also changing -driven globalisation by making services more tradable - a change that will allow developing nations to exploit their true comparative advantage, which is quality-adjust low-cost labour. Digitech is allowing the export of labour services directly via "telemigration" (people sitting in one nation but working in offices in another nation, i.e. international telecommuting).

This suggests that the "Great Convergence" will continue, will spread geographically, and will involve development journeys that look more like India's than China's.

Commission on Science and Technology for Development (CSTD)

The United Nations Commission on Science and Technology for Development is a subsidiary body of the Economic and Social Council (ECOSOC). 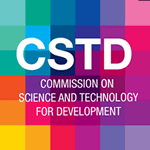 The CSTD Dialogue brings together leaders and experts to address what must be done to ensure that the potential offered by science, technology and innovation towards achieving the SDGs is ultimately realized.