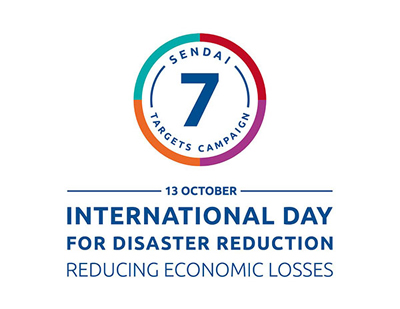 As natural hazards spiral in frequency and severity around the globe, they are triggering a resultant rise in human and economic impacts that bodes ill for future development and threatens the gains already made.

In 2016 alone, weather-related disasters are estimated to have displaced 23.5 million people. Following 2017, one of the warmest years on record, which saw the costliest hurricane season contributing to the highest documented economic losses ever due to weather and climate events – a staggering $320 billion – the summer of 2018 was also marked by extreme weather, including record temperatures, heatwaves, droughts, wildfires and devastating rain.

Recent disasters put renewed focus on the potential impacts that weather and climate-related extreme events may have on overall development. The World Bank estimates that, globally, disasters caused by natural hazards cost an annual $520 billion in consumption loss – human and economic losses. That’s 60 percent larger than the asset losses that are commonly reported.

For the business world, disasters matter for a string of reasons. They destroy and damage assets, means of production and infrastructure but also weaken a company’s financial situation through unexpected spending, loss of revenue, or commodity price fluctuations. Key disaster impacts include loss of production facilities, disrupted business, broken supply chains, transport links and other networks, shortage of transport fuel and energy supply, constraints on workforce availability, material disruption due to lack of access to supplies or distribution center facilities, and loss of the consumer base. In the case of mega-disasters, disruption and damage have led to relocation and displacement and cascading unemployment, post-disaster. Disasters, whether caused by natural or human-induced hazards, thereby become increasingly complex, with a cascade of events well beyond the epicenter raising the risks for the world’s economic systems and financial and political stability.

The event – co-organized by UNCTAD, UNISDR and ITC - is part of the celebrations of the International Day for Disaster Reduction (IDDR), which is marked across the globe every year. Since 2016, IDDR has focused on the seven targets of the Sendai Framework for Disaster Risk Reduction, a 15-year international agreement adopted in 2015. This year, IDDR centers on the third target of the Sendai Framework: ‘The substantial reduction of economic losses caused by disasters’. The event aims to raise awareness of the need to substantially reduce the economic losses caused by disasters. It will spotlight ongoing efforts to integrate disaster and climate risks into development, trade and financial systems.

The event will be followed by a reception.