Adding economic value to biodiversity will help save it

UNCTAD, in partnership with the ABS Capacity Development Initiative, made its mark at the 2018 High Level Political Forum (HLPF) on Sustainable Development on 16 July at United Nations headquarters.

The joint event was held to highlight how BioTrade – the production and commercialization of goods and services derived from native biodiversity– and access and benefit-sharing (ABS) agreements tied to BioTrade can contribute to achieving the Sustainable Development Goals.

The event, supported by the Swiss State Secretariat for Economic Affairs (SECO) and Germany’s Federal Ministry of Economic Cooperation and Development (BMZ), examined the ways in which developing countries in Africa, Asia and Latin America can make use of BioTrade and ABS mechanisms to: 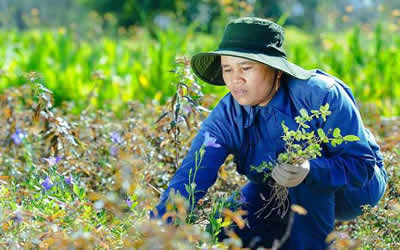 “BioTrade and ABS contribute to ecosystem conservation and sustainable livelihoods for the poor living within and close to biodiversity rich areas or hotspots by adding economic value to natural resources through responsible use and access to traditional knowledge,” Riccarda Caprez, Senior Policy Adviser at Switzerland’s Federal Department of Foreign Affairs, said.

“Adding economic value to natural resources is the key to providing incentives for their conservation,” she said.

The importance of enhancing the value of biodiversity was reinforced by the different speakers.

“When it comes to people and biodiversity, biodiversity will lose unless if you make an economic argument for its continued existence,” Pierre du Plessis, technical advisor to the African Union Commission, said.

Olivier Rukundo of the ABS Capacity Development Initiative said ABS encourages reinvestment in sustainable conservation of biodiversity and can alleviate poverty while boosting economic growth, innovation, and better governance – all of which underpin the successful achievement of the Sustainable Development Goals.

According to Lorena Jaramillo of UNCTAD’s BioTrade Initiative, BioTrade not only ensures businesses become more sustainable but also that entire value chains, including production, transformation and commercialization, operate sustainably.

Jaramillo said that strong partnerships were key and lay behind the two-decade history of the BioTrade Initiative. This collaboration had led to the development of biodiversity-friendly sectors in 46 countries in Africa, Asia, America and Europe, she said, and sales of BioTrade-related products were worth $5.2 billion in 2016.

Luiz do Amaral of World Resources Institute said that its automated forestry monitoring system would not have been created without partnerships among researchers, private companies, and non-governmental organizations.

“Doing good and making profits have been increasingly interconnected,” Anne Bahr Thompson, Founder and Chief Strategist at Onesixtyfourth LLC, said. “The private sector has increased its attention to sustainable development.”

The BioTrade Initiative was launched in 1996 with the objective of stimulating trade and investment in biological resources to further sustainable development. It is the practical expression of the objectives of the Convention on Biological Diversity (CBD).

The initiative launched its new programme "Linking Trade, Biodiversity and Sustainable Development" in April 2018 with the support of SECO.