From Bhutan's red rice to goat meat from Mozambique, unique products can boost exports from the poorest countries

Natural, heritage products, if protected and marketed well, could become a bigger source of revenue for many Least Developed Countries. Many of these countries are dangerously dependent on commodity exports and must diversify their economies.

High in the Himalayas between India and Tibet lies the ancient kingdom of Bhutan, one of the world's most remote nations. Trade is difficult for this landlocked country, which relies on sales of hydroelectro power to India for more than 40% of its exports.

But its high-altitude environment endowed Bhutan with a wealth of natural wonders, including a crop that grows virtually nowhere else - Bhutanese red rice.

The ruby-red grain is cultivated some 2,400 meters above sea level in valleys irrigated with 1,000-year-old glacier water, rich in minerals.

And Bhutan is not alone. Many of the world's other 47 Least Developed Countries (LDCs) also possess unique foodstuffs that could find lucrative export markets.

"Natural, heritage products, if protected and marketed well, could become a bigger source of revenue for many LDCs," UNCTAD expert Stefano Inama said. "Many of these countries are dangerously dependent on commodity exports and must diversify their economies."

A new UNCTAD report, launched on 12 December, discovered a wealth of irreplaceable products waiting for better organized commercialization such as unusual coffee varieties and aromatic volcanic honey from Ethiopia, salted mullet roe from Mauritania, and goat meat from Mozambique.

A key instrument in both the protection and marketing of such goods is "Geographical Indication", a standard obtained for products that are uniquely tied to where they are made, grown or harvested. 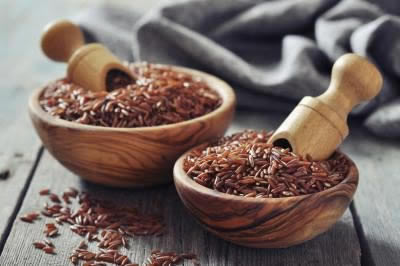 GIs are part of the Agreement on Trade-Related Aspects of Intellectual Property Rights (TRIPS) run by the World Trade Organization (WTO).

"LDCs face considerable challenges when implementing GIs because of still precarious institutions and regulatory frameworks," the report explains. But "a number of LDCs have requested UNCTAD to examine the option of using GIs as a tool to enhance trade and reduce poverty."

An UNCTAD feasibility project requested by Senegal, for example, looked at improving the livelihoods of women that process and market fruit juices, syrups, and marmalades in the Lower-Casamance region.

The study found that, while the women have been able to upgrade their buildings and machinery to raise standards, more needs to be done to verify compliance, identify niche markets and speed up the granting of GI status.

Producers and policymakers need look no further than Kampot pepper in Cambodia for a successful example of how GIs bring benefits to LDCs. This spice, renowned for its fresh flavour, was granted GI status in 2010 and the Kampot Pepper Promotion Association was set up to manage and market the crop.

"Our peppercorn sells at a high price and has been recognised as the finest quality pepper because we follow the association's guidelines," Phok Ly, a farmer with 3,000 pepper trees, told The Phnom Penh Post. He said the association's efforts to maintain quality have resulted in higher incomes for its members.

In February 2016, the European Union officially entered the name "Kampot pepper" into its register of protected designations of origin, largely because its success has led to a rise in fake Kampot pepper being sold.

The UNCTAD study, Why Geographical Indications for Least Developed Countries?, will be launched in Geneva, Switzerland, on 12 December.

The Ambassador of Benin to international organizations in Geneva, Eloi Laourou, who coordinates the LDC group in the WTO, will be present. He will be joined by Nico Frandi, trade representative of Italy in Geneva.

The publication marks a year since Italian artist Maurizio Cancelli presented his installation Villaggio Terra, celebrating the connections between food, land and community, in the Palais des Nations, Geneva, on the 70th anniversary of the United Nations. Mr. Cancelli and an artist from Benin will be guests of honour at the report launch.