The deal to export foodstuffs from Ukraine has helped bring down the prices of grains, cereals and oils. 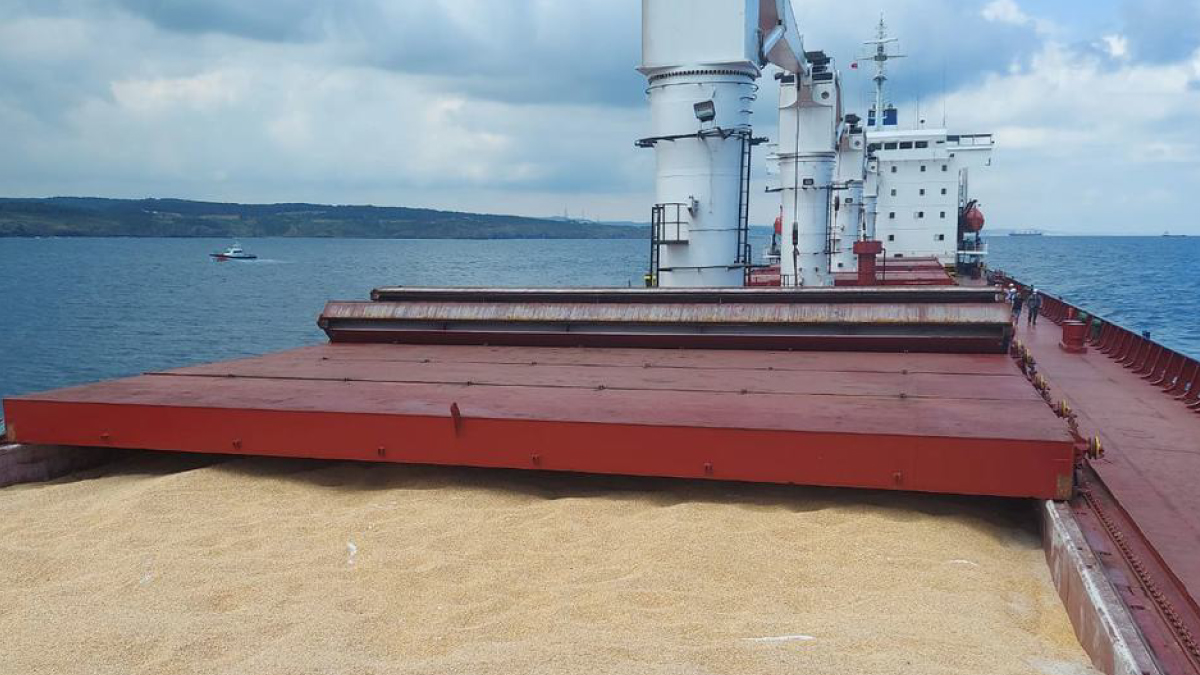 © UNOCHA | The first shipment of over 26,000 tons of Ukrainian food under the Black Sea Grain Initiative.

The UN-brokered Black Sea Grain Initiative is reintegrating much-needed grains to global markets and contributing to bringing down prices of basic staples across the world.

The agreement was signed in Istanbul by the Russian Federation, Türkiye, Ukraine and United Nations on 22 July 2022 to help stabilize spiralling food prices worldwide and prevent a food crisis that could affect millions of people.

UN Secretary-General António Guterres also announced the establishment on the same day of a Joint Coordination Centre to monitor implementation. It is hosted in Istanbul and includes representatives from Russia, Türkiye and Ukraine.

As of 12 September, the initiative had enabled over 2.7 million metric tons of grain and other foodstuffs to move from the Ukrainian ports of Odesa, Chornomorsk and Yuzhny (Pivdennyi).

The Food Price Index published by the UN Food and Agricultural Organization (FAO) showed double-digit percentage drops in the cost of vegetable oils and cereals in July and a further 1.9% fall in August.

The UN will continue to work with all parties of the initiative to reintegrate Ukraine’s agricultural supplies as well as the food and fertilizer produced by Russia into world markets – despite the war – to better tackle the global food crisis.

The initiative’s success has been made possible by the commitment of all the parties who participate in the Joint Coordination Centre created in July 2022 in Instanbul under the auspices of the United Nations.

The Joint Coordination Centre monitors the movement of commercial vessels to ensure compliance with the procedures and carry out inspections of vessels.