By Rebeca Grynspan, Secretary-General of UNCTAD 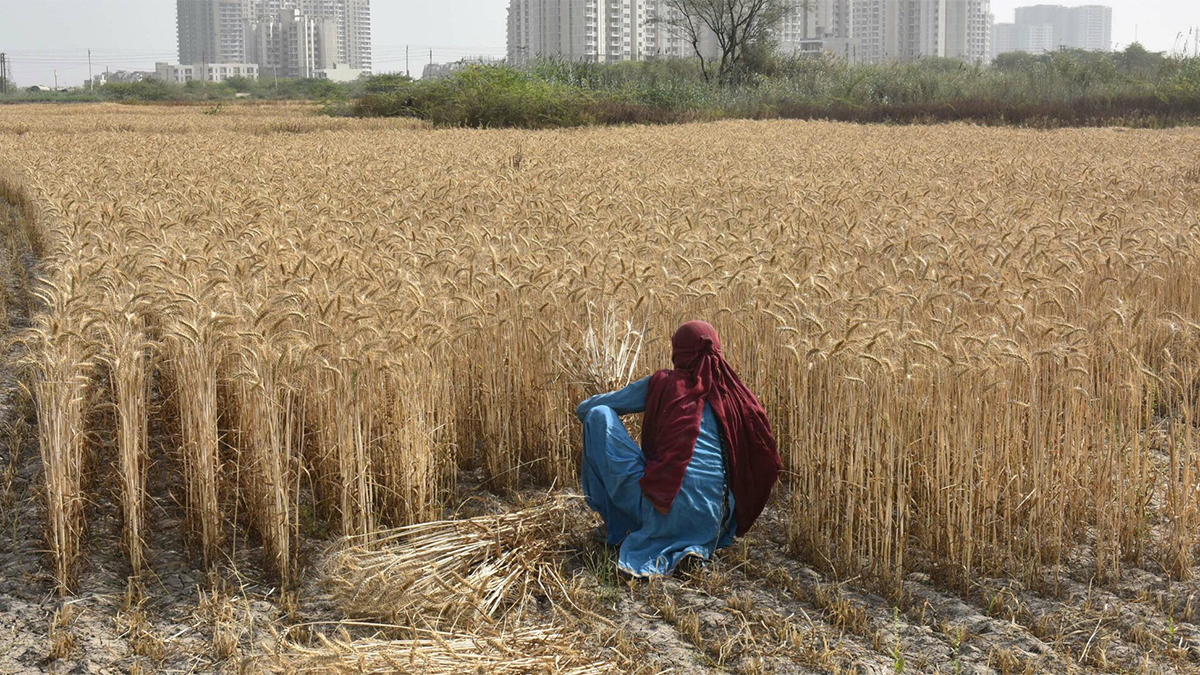 © Vipin Kumar/Hindustan Times via Getty Images. Harvesting wheat in the outskirts of Gurugram, India. Global food supply chains, already weakened by the pandemic, have been thrown into chaos by the Ukraine conflict. India is one of several countries that have responded by banning the export of wheat.

Climate change, COVID-19, the war in Ukraine – these crises threaten to derail development for 1.7 billion of the world’s most vulnerable people. The international community must take swift, coordinated action now to put the SDGs back on track.

In just two short years, a double whammy of external shocks has knocked global development off track and mired the ambitions of the 2030 Agenda in uncertainty. In the aftermath of the COVID-19 pandemic, developing countries were left exceptionally vulnerable and exposed – a situation which the war in Ukraine has now tuned into a “perfect storm” of cascading crises. The consequences are worrying, not just for developing countries themselves, but also for the success of sustainable development globally.

Before any shots were fired in Ukraine, the pandemic had left deep scars across the developing world. Since 2019, the number of people experiencing hunger has increased by 46 million in Africa, by around 57 million in Asia, and by about 14 million in Latin America and the Caribbean. An additional 77 million people are now living in extreme poverty. School closures have led to losses of up to USD 17 trillion in lifetime earnings for this generation of students. Meanwhile, more than six million lives have been lost to the COVID-19 disease.

Following a robust though unequal economic recovery in 2021, marked by disrupted supply chains and multi-decade rises in inflation, the war in Ukraine caught the world economy off guard, roiling global markets for food, fertilizers, and fuels in which both Russia and Ukraine play an oversized role. This led to historic rises in commodity prices, and a general tightening of global financial conditions.

The intensity of the “one-two punch” that the war in Ukraine has inflicted on developing economies following the COVID-19 crisis is only dwarfed by the complexity of the transmission channels by which the shock is propagating through commodity and financial markets.

Rising commodity prices in energy, food, and fertilizers are leading to higher inflation rates. These are squeezing household budgets, especially in the poorest families who spend larger parts of their income on food and energy. Higher energy costs and lower spending is destroying demand while halting production. Already congested supply chains are being disrupted by sudden trade relocations due to sanctions, and a general scramble for commodities, increasing trade costs. Higher inflation is inducing interest rates hikes, increasing the cost of debt. And all of this is impacting the most vulnerable people – women dealing with economic insecurity, children forced to leave school to work, the poor who were already hungry before the war started.

Many channels of exposure mean that billions of people around the world are exposed. The United Nations Global Crisis Response Group estimates that 107 developing economies are severely exposed to at least one dimension of these three channels of transmissions – rising food prices, rising energy prices, and tightening financial conditions. Some 1.7 billion people live in these countries, 553 million of whom are already poor and 215 million of whom are already malnourished.

And yet, even if just one channel of transmission is enough to set off a crisis, multiple and overlapping exposure is the rule, not the exception. Indeed, of these 107 countries, 69 are significantly or severely exposed to all three channels of transmission at once, bringing huge challenges to the 1.2 billion residents of those nations.

The firepower of the global economy to respond to crises of such a massive scale exists, as the developed economies’ response to the COVID-19 pandemic demonstrates. While the decline in GDP globally during COVID-19 was more than twice that of the Great Recession of the late 2000s, the effects of the pandemic on the major economies quickly dissipated thanks to unprecedented stimulus efforts by the richest nations. But it’s important to keep in mind that the developing economies do not possess the same scale of firepower. They have seen their debt burdens collectively swell during the COVID-19 crisis and now fear being pushed over the edge by the crisis induced by the war in Ukraine – a crisis not of their own making. The International Monetary Fund (IMF) finds that more than 60% of low-income developing countries are either currently experiencing or at risk of debt distress.

Laying a foundation for reform

The challenge facing our international financing architecture today is that it was built primarily to protect the global economy from crises at the individual country level. But faced with the “perfect storm” of cascading crises – including climate change, pandemics, and war – hitting so many developing countries at the same time, the system is limited in how it can offer a systemic, global response that supports all countries along all dimensions.

We must harness the strengths of that system today to lay a foundation for further reform tomorrow, one in which progress toward the Sustainable Development Goals is put back on track. A roadmap for improving the system is implicit in the ambitions of the SDGs, but to meet that transformative goal over the medium term we must first avoid throwing away our steady progress towards that objective so far, as happened with the pandemic. We must therefore use all tools available today to avoid the same from occurring as result of this war.

We must silence the guns. All countries must work together to curb rising food and energy prices that have been spurred on by the war in Ukraine, making sure that essential goods are delivered to those most in need first, not those most willing to pay the higher price. We must pledge to keep trade moving and avoid export bans on critical commodities. We must make sure this year’s harvest is able to ship from the Black Sea, and that next year’s harvest has enough fertilizers to grow as needed, especially in small-holding farms. And we must work, in partnership with the private sector and civil society, on extending much-needed support to the most vulnerable populations in our countries. This means using all available facilities at the IMF and the World Bank, including the new IMF Resilience and Sustainability Trust, and the existing small island developing states IDA Facility, but also to seriously undertake a multilateral conversation around debt sustainability before it is too late.

The only way to weather the “perfect storm” is together. The international community has the means to cushion the blow and prevent great human suffering, unacceptable increases in inequalities and the world tipping into an era of social and political unrest. The solutions and the resources are there. We now need the political will to reach them. I know it is not easy. But the world is waiting. And time is running out.