National trade facilitation committees can make the dream of seamless African trade a reality, experts tell Addis Ababa forum on easing the flow of goods on the continent.

The dream of a single African market where goods flow easily from the port of Cape Town to the markets of Marrakesh came within grasp in March 2018 when the region’s leaders signed an agreement to begin establishing a continent-wide free trade area.

But achieving the dream of the African Continental Free Trade Area (AfCFTA) requires more than goodwill.

“If the Continental Free Trade Area is implemented with trade facilitation measures, we could see a doubling of intra-African trade by 2022,” said Robert Lisinge, in charge the UN Economic Commission for Africa’s operational quality section. 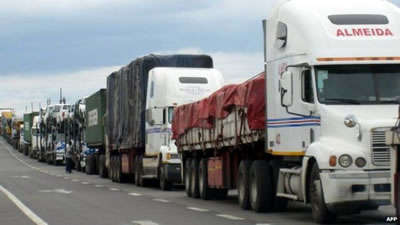 It takes a committee

Because the range of issues covered by trade facilitation provisions in the agreement are so broad, implementation can’t be the remit of one entity, said Willie Shumba, a chief customs expert and adviser for the African Union Commission.

“The need for a multi-stakeholder committee on trade facilitation at national level cannot be overemphasized,” Mr. Shumba told government agencies and trade operators gathered in the Ethiopian capital for the First African Forum for National Trade Facilitation Committees, scheduled to meet until 29 November.

Issues to tackle include reducing quotas and other harmful non-tariff barriers to trade, setting up single-windows systems, ensuring freedom of transit and improving security and risk management.

“The issues are not purely customs issues,” he said, adding that a host of stakeholders must participate, including trade and transport ministries, port and road authorities, the police, freight forwarders, chambers of commerce.

The AfCFTA therefore requires member countries to set up a committee to coordinate the necessary work.

The committees, Mr. Lisinge said, will also help resolve conflicts of interest, like when transporters become frustrated with delays caused by government quotas for trucks on new roads or police check points on transit routes.

“If you bring all these people together you can have the kinds of compromise that are needed,” he said.

But before creating a new committee for the AfCFTA, governments should first check to see if one already exists for trade facilitation provisions that fall under another agreement that they have signed up to, such as the World Trade Organization’s Trade Facilitation Agreement (TFA), which came into force in February 2017.

Currently, 31 African countries have ratified the TFA. And most have already created a national trade facilitation committee to work on the require reforms, as shown in UNCTAD’s online database.

Poul Hansen, who oversees UNCTAD’s work on trade facilitation, said that because there is strong coherence between the AfCFTA and the TFA, the same committee could feasibly work on the provisions under both.

“I think it is worthwhile for countries to have a review of what is existing in their national landscape in order to not have what I would call committee clutter,” Mr. Hansen said.