&#160;&quot;My name is Denis Kibirige. I am the seventh of 10 children, and the first to become a lawyer.&quot;

"As a businessman, my father, who was the owner of a hardware shop, made sure that all his children received a good education. During my free time, I helped my father by doing the accounting for the shop. I thought at first I would become an accountant like one of my brothers. At school I excelled in literature. But I got into law by accident."

By chance, Denis had a passion for autobiographies. Shortly after Bill Clinton, who had studied law, won his second term as President of the United States of America in 1996, Denis read his autobiography. One of the book's key messages was that you might not know what you are going to do, but you can plan, read and learn to prepare yourself to meet any future responsibility.

Denis' choice was made. In 1998, he left Entebbe to join the School of Law at Makerere University in Kampala. And he became a State Attorney at the Ministry of Justice and Constitutional Affairs of Uganda. There, Denis was introduced to information and communications technologies (ICTs) in December 2006 when he took part in the first UNCTAD regional training workshop on legal issues concerning e-commerce, organized for the five partner States of the East African Community: Burundi, Kenya, Rwanda, Uganda and the United Republic of Tanzania. The idea was to foster the creation of a harmonized legal and regulatory environment reflecting international best practice, identified as a critical factor in effectively implementing e-government and e-commerce strategies at the national and regional levels.

Between 2006 and 2014, UNCTAD provided a mix of legal advice and capacity-building activities through a series of consultative meetings of the Task Force on Cyberlaws - a forum to discuss and agree on the main principles for cyberlaw harmonization within the East African Community. In Uganda, Denis was appointed as one of the focal points for ICT. Still, the commitment of all East African Community members engaged in the reform process was instrumental in keeping the momentum going. The partner States were at different levels of integration. Coming up with a common legal framework was a long process.

Along the way, "knowledge transfer happened," Denis notes. "Thanks to the trainings, some of my colleagues are now a Deputy Director at the Senate and a High Court judge. Learning from international experts, networking, exchanging experiences and good practices, and understanding the technical issues involved before conveying country positions were the value added of UNCTAD assistance and my biggest takeaway."

Now, nearly 10 years later, great progress has also been made in the transposition at the domestic level of the first regional legal framework, endorsed by the East African Community's Sectoral Council on Transport, Communications and Meteorology in 2010.

In 2011, the Ministry of Information and Communications Technology of Uganda created a national task force, consisting of 22 institutions, to develop legislation and a strategy to address the lack of public awareness on the issues. Denis was appointed as the reference point for the dissemination of ICT-related legal issues. He has drafted laws and designed public awareness campaigns for more than 50 institutions. And since 2012, Uganda has adopted laws on electronic transactions and cybercrime and has draft legislation on consumer protection and on data protection. The pending legislation was recently revised by UNCTAD.

"I know the time will come for me to take a leadership position and make a difference. I am not interested in politics. I don't believe in titles. I believe in delivering what I am able to do." Denis has prepared more than 20 laws in his career. His interest lies in formulating fair laws that will have a positive impact on the community. "Making change is key. You can do many things from the technical angle to influence policymaking." In the future, he would like to specialize in ICT and governance or e-procurement strategy, two sectors of growing importance in Uganda. 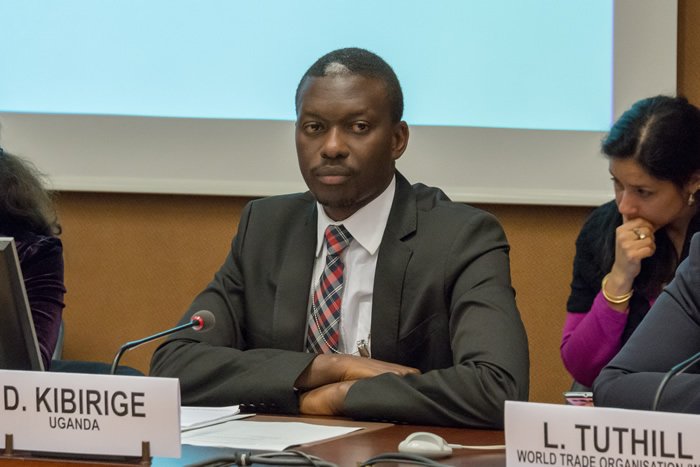 Denis still loves reading autobiographies, getting into the perspective, soul and life of the author. The autobiographies of Nelson Mandela, Tony Blair and Kemmons Wilson were influential in his life. "I intend to write my autobiography in 10 years. I have started taking some notes. There will be a chapter on the people who have influenced my life. UNCTAD has been one of the most consistent presences in my life, with 10 years of engagement - UNCTAD will be part of it!"

Alphonse Wordi: Getting the right people in the right positions - and training them

Beatrice and Mekia: At the forefront of women's economic empowerment in Africa